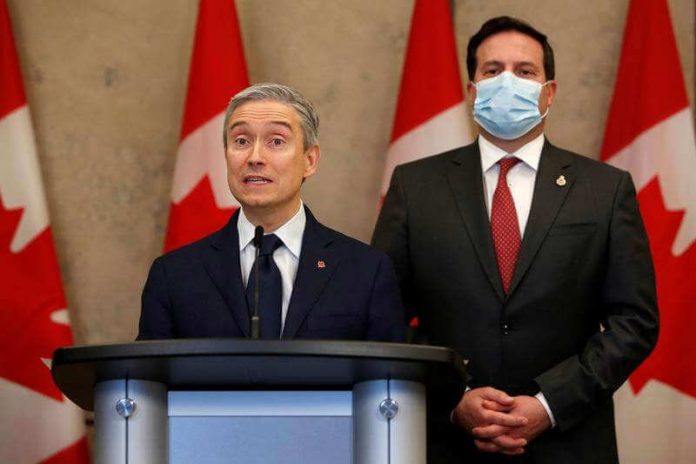 Here are some key dates to come on this prohibition:

Sept. 1, 2022: Service providers are asked to stop buying new 4G or 5G equipment and services from Huawei and ZTE after this date.

June 28, 2024: New 5G equipment and services from the two companies is prohibited, all existing equipment is removed and all services terminated.

Dec. 31, 2027: All new 4G equipment and services from Huawei and ZTE will be prohibited and all existing equipment must be ripped out.

Key dates leading up to this decision:

Aug. 23, 2018: Prime Minister Justin Trudeau says Canada relies on its own security agencies for advice on the security of its telecommunications networks.

May 15, 2019: U.S. President Donald Trump signs an executive order barring Huawei from doing business with any organization operating within the United States.

June 2019: Trump lifts some restrictions on Huawei as part of a bid to restart trade talks with China.

July 2019: Public Safety Minister Ralph Goodale tells The Canadian Press Canada needs more information from the U.S. about the potential security threat from Huawei, and warns a decision is not likely before the federal election in the fall of 2019.

November 2020: Canada’s Parliament passes a Conservative motion asking the government to ban Huawei within a month. The Liberals vote against the non-binding motion, but opposition parties vote in favour.

September 2021: Trudeau says a Huawei decision is coming “soon” following another federal election where he was returned as the leader of a second minority government.

May 18, 2022: China announces it is lifting a ban on Canadian canola imports that had been in place for three years.

May 19, 2022: Canada announces prohibition of Huawei and ZTE from Canada’s 5G networks.

This report by The Canadian Press was first published May 19, 2022.