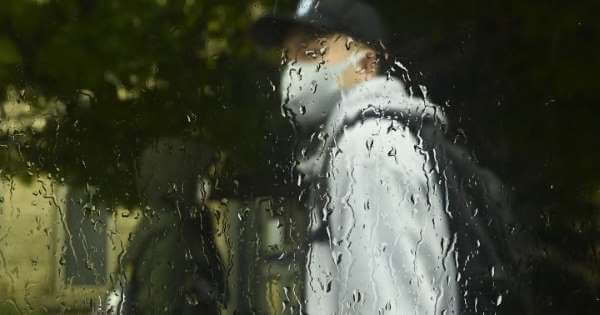 Newly-identified cases of the novel coronavirus surged past the 6,000 marks in Canada again on Wednesday as the country identified its highest increase in COVID-19 deaths since early June.

The new cases, which totaled 6,302, brought Canada’s caseload to 389,436. Health authorities also reported an increase of 114 deaths, though only 80 of those fatalities occurred in the past 24 hours.

The last time cases surpassed 110 was on June 4, which saw 139 deaths reported to have been caused by the virus.
Canada’s death toll from COVID-19 now stands at 12,325, while over 309,000 patients have since recovered and another 14.8 million tests have been administered so far.

As Canadian communities continue to grapple with surges in COVID-19 cases, hospitalizations, and deaths, Canada’s chief public health officer said the priority list of people to get the coronavirus vaccine would have to be refined further, due to the initial six million doses not being enough to inoculate them all.

As of now, Canada is set to receive four million doses from Pfizer and two million from Moderna within the first quarter of 2021. The amount would only be enough to vaccinate three million people, however, a person would need two doses of the vaccine in order for it to be effective.

Tam hinted that the variety and supply of doses were expected to increase soon due to Canada having contracts for three more vaccines that are in late-stage clinical trials, having said that “means we will have more flexibility as time goes on, and more and more vaccines come on board.”

“We’re expecting that in the second quarter. Depending on the approvals of the vaccines, we will have different amounts, but that is when the supply will become more and more plentiful,” said Tam Wednesday during a virtual speech at the 2020 Canadian Immunization Conference.

Canada’s health minister also said on Wednesday that the country’s review of Pfizer’s coronavirus vaccine was “expected to be completed soon” — comments that come shortly after news of the U.K. officially approving the vaccine.

While scientists around the world do important work to find a vaccine for COVID-19, we’re making sure that Canadians will be able to get vaccinated by working with Provinces and Territories. 1/

“The news that the Pfizer/BioNTech vaccine has been approved in the U.K. is encouraging. Health Canada’s review of this candidate is ongoing, and is expected to be completed soon,” said Patty Hadju.

“Making sure a COVID-19 vaccine is safe before approving it is Health Canada’s priority, and when a vaccine is ready, Canada will be ready.”

During the conference, Tam also revealed plans from the Public Health Agency of Canada to combat the increase in misinformation surrounding the COVID-19 vaccine using online webinars. According to her, the webinars would include several topics like the different types of vaccines available, how to run immunization clinics, and guidance on how to use vaccines.

“Because of the social media and its internet age, we’ve got even more of a challenge on our hands than anyone else in tackling pandemics of the past,” said Tam, who also noted the importance of Canadians knowing how vaccines are developed

The bill, which would effectively determine how billions of dollars in new pandemic-related aid would be spent, would follow the measures proposed in Monday’s fall economic statement.

Ontario added the highest increase of 1,723 cases, pushing its total caseload to 119,922. Another 35 deaths were also reported by the province, which now has 656 people in the hospital due to COVID-19.

Alberta added 1,685 more infections on Wednesday as well as 10 additional deaths. The new data also comes amid an announcement from Premier Jason Kenney that the province expects its first doses of the coronavirus vaccine to arrive by Jan 4.

“While we can’t control when these vaccines arrive in Alberta, we can make sure that when we get them, we’re ready to roll them out as quickly as we can,” said Kenny during a press conference Wednesday afternoon. To date, Alberta has seen a total of 61,169 virus cases and 561 deaths.

Quebec added another 43 deaths on Wednesday, of which only nine occurred within the past 24 hours. The fatalities bring the province’s death toll to 7,125, while health authorities reported an additional 1,514 cases Wednesday.

British Columbia added 830 cases as well, pushing the province’s caseload to 34,728. A total of 338 cases are considered “epi-linked,’ which are cases that show symptoms and were close contacts of confirmed infections, but were never tested.

Saskatchewan announced 237 cases and Manitoba another 277, bringing their total case figures to 8,982 and 17,384, respectively.

In Atlantic Canada, New Brunswick added another six cases while Newfoundland and Labrador reported just one. Nova Scotia reported an increase of 17 cases Wednesday, pushing its total infections to 1,332.

The Yukon added one more case on Wednesday, while Nunavut added another 11. The Northwest Territories did not report any additional cases.

Video: Looking at widely praised coronavirus messages from around the world

Nunavut’s government also lifted its two-week lockdown on Wednesday everywhere except for the coastal town of Arviat, which saw all 11 new cases reported by the province. To date, Nunavut has seen 193 cases of the novel coronavirus — the highest among Canada’s territories.

Cases of the coronavirus have since surpassed 64.4 million according to a tally kept by Johns Hopkins University. A total of 1,491,000 people have also succumbed to the virus, with the United States, Brazil, and India leading in both cases and deaths.