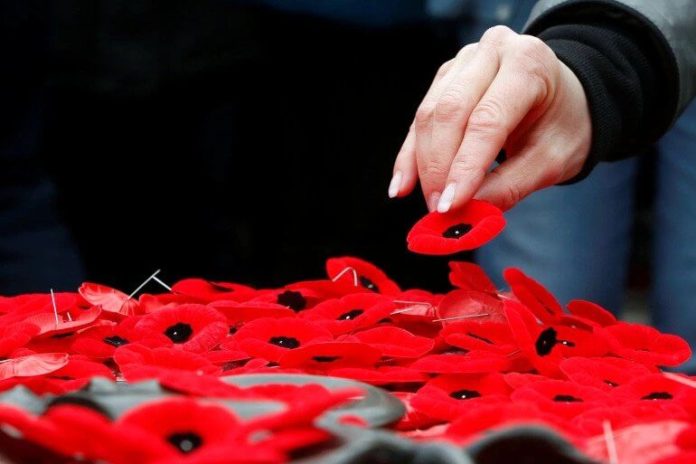 Whole Foods Market, a chain owned luxury store Amazon.com Inc., has set off a storm in the usually quiet Canada after telling the staff there that they can not wear a poppy to commemorate Remembrance Day.

The flowers are red, which is ubiquitous in the left lapel of politicians, journalists, celebrities and millions of Canada last Friday in October until 11 November, became a symbol of the sacrifice of the soldiers in the wake of World War I. They’re given by volunteers in street corners and in stores, with donations collected for the Royal Canadian Legion, which supports veterans and their families.

As reports began to circulate in the Canadian media about the decision, the chain started trending on Twitter, with the hashtag #LestWeForget.

How to sponsor your wife, husband, or partner for Canadian immigration

“Whole Foods Market honor men and women who have and continue to serve their country brave,” Rachel Malish, a spokesman for the chain said in a statement sent by email. “We support the Remembrance Day at all of our Canadian stores by observing a moment of silence on November 11 and by donating to the Legion’s Poppy Campaign. With the exception of the items required by law, our dress code policy prohibits any additions to our standard uniform. ”

Ontario Premier Doug Ford called the decision “disgusting,” and then added that the province will introduce legislation to stop any employer prohibit employees from wearing poppies for Remembrance Sunday.

No one should ever be denied the right to wear a poppy. A poppy is not a political symbol, it is a statement of respect and gratitude for those who have made the ultimate sacrifice. As a son of a WWII veteran, I stand with the Premier #onpoli #LestWeForget https://t.co/kh0G0vG9m8

Federal opposition leader Erin O’Toole tweeted a video on “Woke Food” outside Parliament Hill in Ottawa. “Wow. The freedom they have to be that stupid was granted by the sacrifice of thousands of Canadians and that’s why we show respect for the poppy,” he said.

The sacrifice of Canadians in the past provides the freedom for a US grocery chain to be stupid today. Let’s tell Whole Foods to stop trying to be Woke Foods. The poppy is not a cause, it is a sign of respect. https://t.co/LFg63PiB9Y

Whole Foods dress code ‘has also come under fire in the US Some employees complained earlier this year that the company was preventing them from showing their support for the movement of Black Lives Matter.

poppy has become a symbol of remembrance in other Commonwealth countries, but its origin is Canada. Lieutenant Colonel John McCrae, of Guelph, Ontario, immortalized red flowers in May 1915, when he wrote the poem “In Flanders Fields” on a piece of paper after the death of a fellow soldier in Belgium.

Scores of Canadian children read poetry every year, which begins: “In Flanders fields the poppies blow / Between the crosses, row on row / That mark our place.”