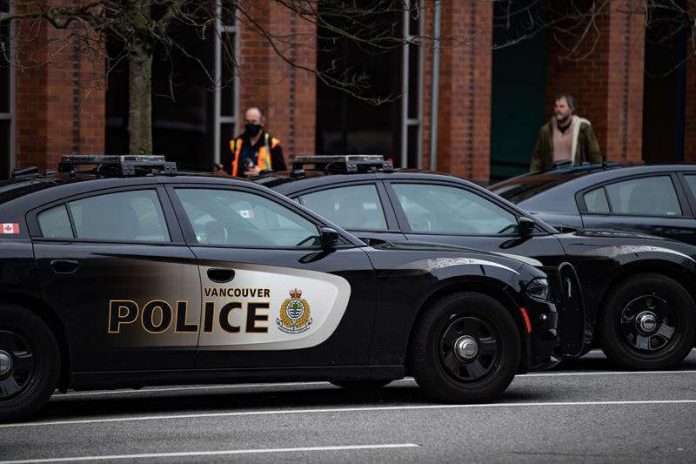 An investigation has been launched into the conduct of 19 officers from eight separate British Columbia police departments, the provincial police complaints commissioner announced Monday.

The serious nature of the alleged misconduct means it will seek the appointment of one or more special provincial constables, a statement from the commissioner said.

The special constables are to be appointed by the Ministry of Public Safety to complete an investigation independent of any B.C. police agencies, the statement said.

Officers from departments in Victoria, Vancouver, New Westminster, Delta, Surrey, Saanich, Victoria and the Metro Vancouver Transit Police are being investigated, it said.

A number of concerns were identified during an undercover training course last month, said the commissioner’s office.

“The nature of the allegations includes serious and concerning conduct performed in front of course supervisors and other course participants.”

The Independent Investigations Unit of Manitoba will be the investigating agency and arrangements between the provinces are being finalized, it said.

Chief Const. John Lo of the West Vancouver Police Department has been appointed as the discipline authority.

The investigation will look into undercover candidates who took the course, as well as officers in supervisory positions.

The office said none of the allegations have been proven against any of the officers.

The Office of the Police Complaints Commissioner is a civilian and independent agency that oversees complaints, investigations and discipline involving municipal police in B.C.

Prof. Rob Gordon from Simon Fraser University’s school of criminology said appointing someone from outside the province was the right first step.

Officers from B.C. could possibly be material witnesses who may also have taken part in the course, he said.

“They want to ensure that whatever the recommendations are at the end, are not contaminated by allegations of bias in some way.”

The statement said the actions of some of the officers while performing various physical acts in the scenarios could be defined as misconduct under the Police Act.

Gordon, who is a former police officer, said he has “never heard anything like it anywhere else before” and called the incident and investigation “astonishing.”

While he doesn’t know what happened, he said it’s possible that ethical boundaries were breached.

“The whole thing would be comical if it wasn’t so tragic. It’s such a betrayal of common standards amongst police officers,” he said.

“We’ll have to wait to see what actually comes out as a result of the investigation.”

The report by The Canadian Press was first published on June 13, 2022.