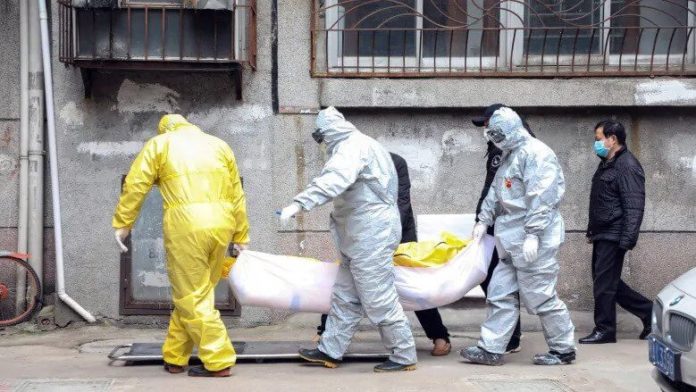 Officials say there are now more than 40,000 confirmed infections in mainland China
An advance team of international experts led by the World Health Organization (WHO) went to Beijing to help investigate the epidemic coronavirus in China, who authorities said has now claimed 908 lives on the mainland.

The disease has caused major disruption in China with the usually solid city became a virtual ghost town during the past two weeks as the ruling Communist Party ordered the virtual lockdowns, canceled flights, closed factories, and schools were closed.

WHO director-general of Tedros Adhanom Ghebreyesus, who made the trip to Beijing for talks with President Xi Jinping and the Chinese minister in late January, came back with an agreement to send an international mission.

But it has taken almost two weeks to get the green light on the composition of the government, which was not disclosed, other than to say that the veteran WHO Dr. Bruce Aylward, an epidemiologist and expert emergencies in Canada are heading that way.

WHO declared the outbreak of a global emergency on January 30, the day after the Chinese central government imposed a lockdown on 60 million people in the capital of Hubei province and Wuhan, the center of the virus which appeared in December in the seafood market.

Trudeau headed to Kuwait to meet with Canadian soldiers

The death toll from an outbreak in mainland China rose 97-908 per late Sunday, the National Health Commission (NHC) said on Monday.

In mainland China, there are 3,062 new infections were confirmed on Sunday, bringing the total number so far 40 171.

There are currently seven cases of coronavirus in Canada, according to the Public Health Agency of Canada.

Two deaths have been reported outside mainland China – both Chinese nationals.

The latest patient outside of China, including a group of British citizens living in a mountain village in the Haute-Savoie in the Alps, the French health officials said, raising fears of further infection in the rest of Europe.