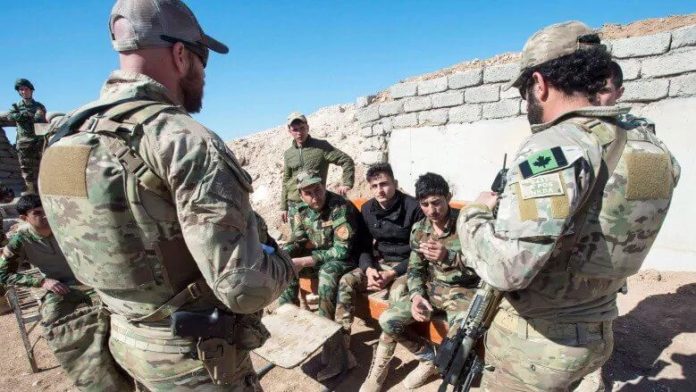 Canadian troops involved in a NATO training mission in Iraq were moved to Kuwait last month
Prime Minister Justin Trudeau will visit Kuwait on Monday, where he will meet with members of the Canadian Forces are involved in both of Canada’s mission in Iraq.

This visit was planned some time in advance, but not announced until now because of security concerns, as is often the case with a diplomatic trip to the Middle East.

Ali Al-Salem Air Base, located about 25 kilometers west of Kuwait City, has long been a base of operations for both Canada and the US forces flew air missions over Iraq and Syria. The members of the Canadian Forces are no part of Operation Impact – Canadian contribution to the international coalition formed to defeat ISIS.

Two Canadian C-130 Hercules aircraft stationed at the base, although recently have only one mission in Iraq to fly, while others have flown missions in Africa.

Following a US drone attack that killed Iranian General Qassem Soleimani last month, Chief of Defense Staff Gen. Jonathan Vance sent a letter to military families to tell them that Canada would temporarily move some troops to Kuwait. They are considered more open than the Canadian Forces worked to defeat ISIS in northern Iraq.

Baghdad is a place of severe unrest following the assassination, with some of it aimed at the foreign presence in the city, and also the home base strong Shiite militias allied with Iran. The militia reacted with anger and threats to murder General Soleimani, and some responded by firing rockets into the Green Zone of Baghdad.

The Iraqi parliament has passed a resolution calling for all foreign troops to leave the country, though Prime Minister Adel Abdul-Mahdi did not appear interested in putting it into effect.

Earlier this month he was effectively forced to resign, and now has been replaced by Mohammed Allawi, the cousin of former Prime Minister Ayad Allawi. Allawi has not nominated cabinet and Iraq remains in a state of disorder, with the future of two Canadian missions in the country is doubtful.

Trudeau Kuwait is expected to remain less than 24 hours before continuing on a tour of Africa with a visit to Senegal, aimed at shoring up support for the Canadian bid for a seat on the UN Security Council in 2021-22. He will also meet with the Prime Minister of Kuwait, Sheikh Sabah Al-Khalid Al-Sabah, a member of the ruling royal dynasty.