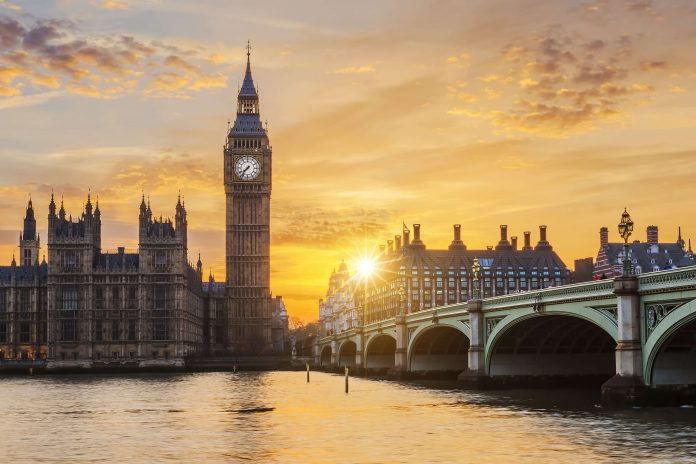 New IRCC data show Canada is off to a strong start to the year.
Canada landed 35,260 new permanent residents in January 2022, according to new IRCC data.

Obtained by CIC News in an information request to Immigration, Refugees and Citizenship Canada (IRCC), the data show Canada has gotten off to a strong start as it seeks to welcome over 400,000 new immigrants for the second consecutive year.

Under its new Immigration Levels Plan 2022-2024, unveiled last month, Canada is targeting nearly 432,000 new immigrant landings this year, which would be the highest level in history. Last year Canada landed over 405,000 immigrants, primarily by transitioning those living in the country to permanent residence. It marked a record-breaking year for Canada, and was the first time since 1913 the country landed over 400,000 immigrants.

The Canadian Experience Class (CEC) remained the leading program for new economic class landings, accounting for almost 7,700 immigrants. IRCC relied heavily on the CEC last year to achieve its immigration levels goal, as the CEC accounted for about one-third of new admissions. The Temporary Resident to Permanent Resident (“TR2PR”) Program, which was available to international graduates and essential workers between May and November 2021, was the second leading economic class admissions program, with over 7,000 immigrants landing in January. The Provincial Nominee Program came in third among the economic class, with 4,200 immigrants landing, followed by the Federal Skilled Worker Program (FSWP), with nearly 2,600 landings.

Recent IRCC data shows the department is processing FSWP applications at a higher rate. This is notable because the FSWP was Canada’s leading economic class immigration program between its founding in 1967 and the start of the pandemic. Last year, IRCC slowed down FSWP processing so it could transition as many international students, temporary foreign workers, and other temporary residents to permanent residence in fulfillment of its 2021 levels plan to target. The rationale for this policy was that it would be much more difficult for IRCC to achieve its levels plan goal if it sought to admit large numbers of FSWP and other immigrants overseas amid the operational difficulties caused by the pandemic.

However, IRCC appears to be shifting course by processing more FSWP applications in recent months. It processed over 9,000 people under the FSWP between the middle of December and the end of February, which is much higher than the average of 600 people it was processed under the FSWP for much of 2021. This is one sign IRCC is beginning to normalize its operations which entails striking a balance between processing immigration applications submitted inside of Canada and abroad.

Another reason the January 2022 immigrant admissions figures are notable is they likely represent a low point in the monthly landings Canada should expect this year. Prior to the pandemic, Canada would typically see lower immigrant landings in Q1 and Q4 of each year, due to the colder weather and winter holiday season. Landings would rise by around 40 percent in the warmer spring and summer months of Q2 and Q4. Given that IRCC is processing more applicants abroad, we should expect to see higher immigration landings in Q2 and Q3 of this year, however, the extent of the growth may not be as high as 40 percent given IRCC still has many in-Canada permanent residence applications to process, such as under the TR2PR program.

Unlike last year, where there were significant COVID-19 operational challenges such as Canada’s travel restrictions and difficulties around the world, there is less doubt Canada will be able to achieve its immigration levels goal in 2022. IRCC has proven it can process even higher numbers of permanent residence applications than it did prior to the pandemic. In addition, IRCC is investing heavily in modernizing its application processing systems, and Canada has lifted most of its travel restrictions. 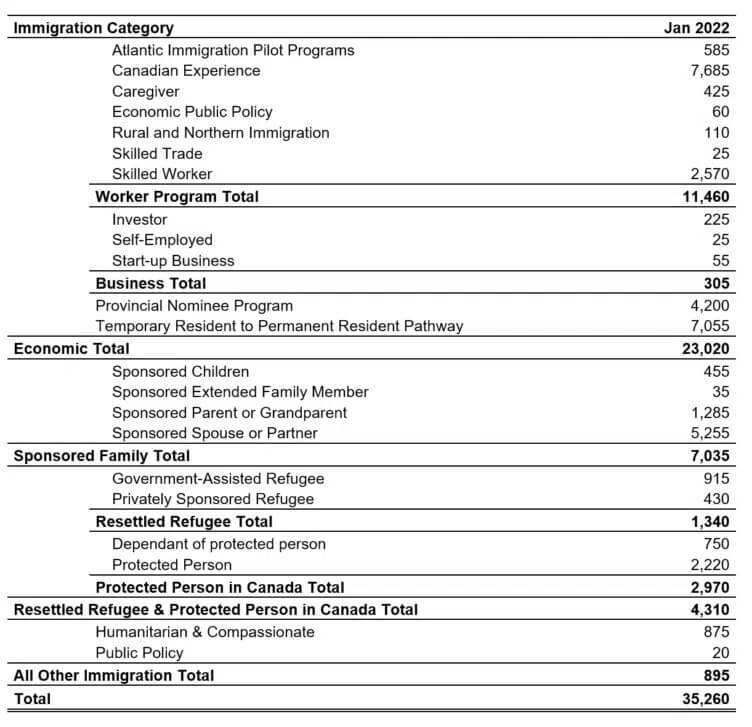