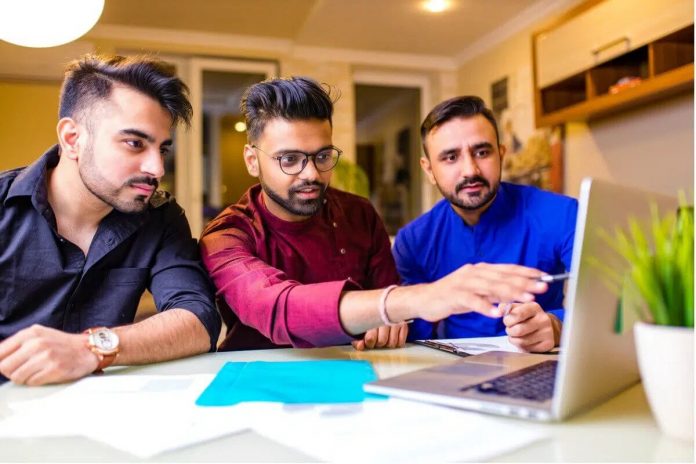 Canada has a number of work permits and permanent residency options to support the hiring of foreign talent in tech.
Canadian tech employers continue to face labour shortages, as the tech sector continues to grow despite the pandemic. One way to support gaps in the labor market is to hire talent from abroad.

The shortage of qualified workers in Canada was the crux of the Council of Canadian Innovators‘ recent call for the federal government to pilot a new visa that would allow tech workers to come to Canada without a job offer.

Recognizing the importance of the tech sector to the economy, federal and provincial governments offer a host of options to employers seeking to recruit tech talent. Here are some options your company can explore pursuing.

The Global Talent Stream is designed to process 80% of applications in two weeks or less. Canadian employers can use it to onboard foreign staff without delay. In order to take advantage of this fast-track work permit, employers must fall under Category A or B.

Category B is for employers who are looking for certain skilled workers whose occupations can be found on the Global Talent Occupations List. Some of the eligible occupations include computer engineers, software engineers and designers, as well as information systems analysts and consultants.

Employers in both categories are required to meet conditions relating to the payment of skilled workers. Foreign workers hired through the GTS must be paid at the prevailing wage or higher.

The prevailing wage is the highest of either:

Government calls inquiry into use of Emergencies Act

The Canada-United States-Mexico Agreement has provisions that facilitate talent mobility between the three countries. There are two categories that are relevant to tech workers: Professionals and Intra-Company Transfers (ICT).

CUSMA identifies 63 occupations that qualify under the Professionals category. Computer systems analysts are among these occupations.

ICTs are employees that are moving locations within their multinational company to a branch in Canada. There is no list of which occupations qualify or are excluded. Generally, an intra-company transferee is a person who has worked for the company for at least one year and has either a management role or specialized knowledge.

It is possible to make an ICT from a country other than Mexico or the United States. For example, the free trade agreement between the European Union and Canada (CETA) has provisions for ICTs, as does the agreement with the UK.

Employers do not need to do a Labour Market Impact Assessment (LMIA) for employees coming to Canada through an ICT. LMIAs exist to show the federal government that the hiring of a foreign worker will have a positive or neutral effect on the labour market. It can take time and money to complete an LMIA, which is why employers try to avoid them.

There are a number of immigration pathways open to skilled workers, and some are specifically tailored for tech workers.

Express Entry is an immigration pathway for skilled workers. It is an online application management system for some of Canada’s main immigration programs. Tech workers, specifically, can come to Canada through two of these programs: the Federal Skilled Worker Program (FSW), and the Canadian Experience Class (CEC). The Federal Skilled Trades Program (FSTP) is intended for tradespeople.

Express Entry is a points-based system where eligible candidates get a score on the Comprehensive Ranking System (CRS), which awards points to candidates for factors such as education, language, and work experience among others. About every two weeks, Canada issues Invitations to Apply (ITAs) to the highest-scoring candidates. Those who receive ITAs are able to apply for permanent residence.

According to the Express Entry Year-End Report 2020, occupations in technology-dominated among candidates who were invited to apply for permanent residence.

So far this year, Canada has only invited these candidates if they have a nomination from a Provincial Nominee Program (PNP). Tech workers who are eligible for Express Entry may also be eligible to get nominated through a PNP.

Canadian provinces are able to support immigration applications for permanent residency. Quebec operates its own immigration system. Most other provinces and territories (except for Nunavut) have Provincial Nominee Programs that allow them to nominate candidates through the Express Entry system or through their own base programs.

The following are just a few select provincial programs available to tech workers. There are more than 100 economic-class immigration streams. Technology professionals may be eligible for more programs that are not specific to tech workers.

In order to get the expedited processing under this pathway, candidates need to meet the eligibility criteria for the Alberta Express Entry Stream. They need to either be currently working in Alberta or have a job offer in one of 23 eligible occupations. Some examples of these occupations include graphic designers and illustrators, mechanical engineers, and user support technicians.

Express Entry candidates can apply for this program online to the Alberta Immigrant Nominee Program (AINP).

The British Columbia Provincial Nominee Program (BC PNP) offers a priority pathway called the BC Tech stream available to certain tech workers. This PNP targets candidates who have job offers in one of 29 tech occupations.

To be invited to a BC Tech draw, candidates must be eligible for one of BC’s immigration programs and have a job offer of at least one year.

Eligible candidates get invited to apply for a provincial nomination from the BC PNP through weekly tech draws. BC Tech candidates get several benefits such as priority processing, and a special processing officer.

To get invited, candidates need to be eligible for either the Federal Skilled Worker Program or the Canadian Experience Class. They also need to have work experience in one of the following six tech occupations:

Quebec launched this immigration pilot in April 2021 in an effort to grow its tech sector. The pilot has two streams:

Within this stream are two sub-streams: one for people who graduated from a Quebec college or university, and one for workers trained abroad. The Quebec sub-graduate stream requires applicants to have experience and a job offer. The foreign workers sub-stream does not require a job offer, in some cases. Both demand that applicants have relevant education that is comparable to a Quebec bachelor’s degree at the least.

Information technology (IT) and visual effects

Tech workers applying for this program must have worked for at least two out of the last five years in one of 10 occupations. Candidates also need to have an ongoing job or new job offer in their field and prove they have at least the equivalent of a Quebec technical studies diploma or bachelor’s degree.

Both streams have two further divisions. One is for francophones, and one for non-francophones. A person who applies under the francophone category must show that they have advanced intermediate knowledge of French. The non-francophone stream does not have such a requirement.

They also need to have a Canadian Language Benchmark (CLB) 5 if they are working in Saskatchewan. A CLB level 7 is required if they are applying for Express Entry.

Candidates need to have post-secondary education, and if applicable, be eligible for Saskatchewan professional licensing.