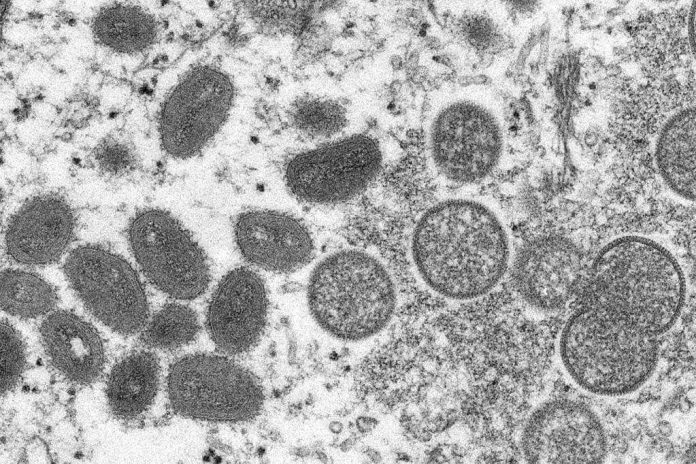 As of Aug. 10, monkeypox cases in the country hit 1,008 according to the Public Health Agency of Canada (PHAC).

Ontario reported a total of 478 monkeypox cases, making it the province with the most cases in Canada, while Quebec reported 425 cases. British Columbia recorded 85 cases and Alberta reported 16. Saskatchewan and Yukon reported two each.

Monkeypox is a viral infectious disease related to smallpox, from which most people recover on their own after a few weeks, but people can become very sick and could die in some circumstances, according to PHAC.

PHAC states on their website that the agency will continue to collect and analyze epidemiological information on monkeypox reported by provinces and territories in an effort to “determine if there are any increased health risks to people in Canada.”

“The Public Health Agency of Canada is working with provinces, territories and international partners, including the World Health Organization, to actively monitor the situation.”

Symptoms of monkeypox include a painful rash that could last between 14 and 28 days, which can be accompanied by fever, chills, headache, swollen lymph nodes, muscle pain, joint pain, back pain or exhaustion.

Individuals who are infected are advised to self-isolate and reach out to their healthcare provider or local public health authority, PHAC says.

According to the U.S. Centre for Disease Control and Prevention (CDC), there are 31,800 monkeypox cases across 87 countries in the world as of Aug. 9.

In Ontario, Chief Medical Officer of Health Dr. Kieran Moore said the province has vaccinated more than 20,000 people against monkeypox as of Monday, with the priority group being gay, bisexual and other men who have sex with men that meet certain criteria.

On Aug. 4, Quebec announced that the province was expanding access to the monkeypox vaccines. Men who report sexual contact with men, other than one exclusive partner, will also now be eligible for a monkeypox shot. Quebec’s previous vaccine effort was only focused on men living or visiting Montreal.

To minimize the risk of getting infected with the monkeypox virus, PHAC recommends individuals use condoms, practice safe sex and have fewer sexual partners.

In Canada, the IMVAMUNE vaccine is available for adults who are 18-year-old and older. The vaccine was initially developed to be used against smallpox.