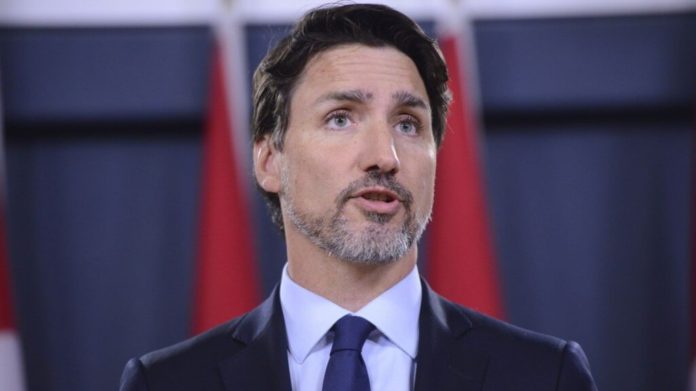 Before invoking the Emergencies Act, Prime Minister Justin Trudeau was told: that “there was a possibility for a breakthrough” with the Freedom Convoy, but there’s no way he was interested. Trudeau wanted a confrontation with the rioters who had taken over the streets outside Parliament in late January and early February, and he wasn’t going to let a negotiated settlement get in the way of that.

The Toronto Star reported on Thursday that cabinet documents filed in Federal Court show that Prime Minister Justin Trudeau’s national security advisor, Jody Thomas, stated that a deal was conceivable. The decision to invoke the Emergencies Act was decided at a cabinet meeting held on Sunday, Feb. 13, at 8:30 p.m.

Trudeau made the announcement official the following afternoon.

“This is about ensuring the safety of Canadians,” Trudeau stated.

Not at all. It was all about preserving Trudeau’s political fortunes. Trudeau was well aware that the vast majority of Canadians opposed the convoy’s continued presence in Ottawa, as well as the border crossing blockades.

According to an Angus Reid poll conducted Feb. 11-13, 72% said it was time for the convoy to go, while 22% thought they should stay. This comprised 94% of Liberal Party votes from the 2021 election, as well as 53% of Conservative Party voters.

That poll was not the only one indicating support for ending the occupation in Ottawa, and putting an end to the protest was popular among Canadians, particularly those who comprise Trudeau’s voting coalition.

The Trudeau government is now claiming that the possibility of a breakthrough was due to conversations between local city authorities and convoy organizers. According to reports, the conversations were fruitless, which is why the Emergencies Act was used.

To be clear, Trudeau would never have been seen negotiating, talking to, or even accepting the surrender of the convoy demonstrators. This is the group he called racists and misogynists before they even arrived in Ottawa.

Monkeypox cases in Canada surpass 1K, with most in Ontario

His entire approach to this demonstration was one of picking confrontations for political benefit.

When Ottawa Mayor Jim Watson welcomed the assistance of Dean French, former chief of staff to Premier Doug Ford, to speak to demonstrators in an attempt to get them out of residential neighborhoods, Watson was chastised. There’s no way Trudeau would risk the same outcome.

His fans demanded that the convoy be punished, and he delivered. They desired and received the freezing of bank accounts and credit cards, arrests and the seizure of property, and the strong hand of the law.

Naturally, none of this was required to clear the streets. All that was needed was good and effective policing, something Ottawa had not seen since the protest began.

Sloly was driven out on February 15, 2022, and the streets were cleared days afterward using ordinary Canadian police techniques rather than the powers of the Emergencies Act. Trudeau received the electoral boost he desired from his voter base, and most of the uncritical media, many of whom had been pushing for the use of the Emergencies Act, never questioned it.

The prospect of a breakthrough sounds appealing, even charming, but it was never going to materialize.