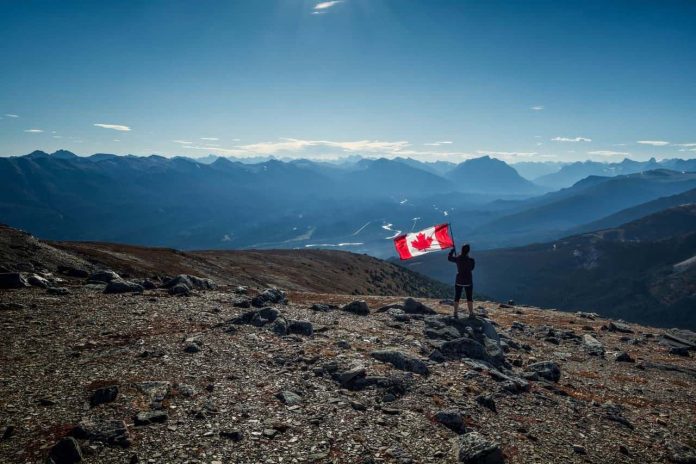 The simple answer is at least 3 years out of the last 5 years, but there’s more nuance than that.
In order to become a Canadian citizen, you need to have been physically present in Canada for at least 1,095 days out of the five years immediately before you apply for citizenship. But keep in mind, when it comes to Canadian citizenship eligibility not all days are considered equal.

Each day you spend in Canada as a temporary resident counts as a half day up to a maximum of 365 days. Since each day only counts as half, it takes two years to reach this maximum. It is not necessary to spend time in Canada as a temporary resident for the purpose of citizenship, but it is important to know that time as a TR only count as half so you know how to calculate your physical presence requirement.

Here are some hypothetical scenarios to give you an idea of how physical presence calculations work:

Other eligibility criteria for Canadian citizenship

In addition to the physical presence requirement, here are some of the other eligibility criteria for Canadian citizenship:

If you received a work or study permit while your refugee claim or PRRA was being assessed, these documents did not grant you temporary resident status. Therefore, you cannot use this period of time in your physical presence calculation.

If you are claiming time as a protected person, the only time allowed is the time from when you received a positive decision on your claim or PRRA application until the day before you became a permanent resident. The days you spend in Canada after approval and before permanent residency count as half a day toward your citizenship application.

If you were in prison in Canada

If you spent any time in Canada in prison, on probation, or on parole, those days usually cannot be counted toward your physical presence. There are some exceptions. Time on probation as a result of a conditional discharge may count towards physical presence if you did not breach parole or fail to comply with the conditions of parole. Also, time spent in prison or on probation does not have to be declared if you received a youth sentence and successfully completed that sentence. If your time serving a sentence for an offense in Canada happened more than five years before the date of your application, then it does not have to be declared as it is outside the period that IRCC considers for the physical presence requirement.