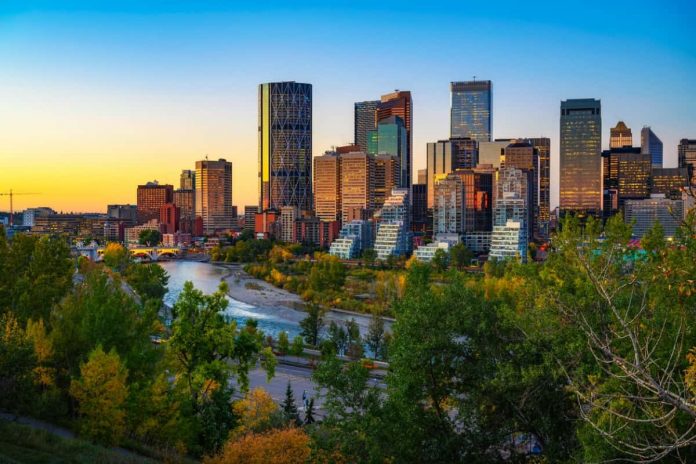 This year Calgary, Alberta tied with Zurich for third place. It outranked Zurich in education and infrastructure but fell short in culture and environment. Vienna claimed the top spot overall and Copenhagen took second place.

Vancouver placed in the fifth spot and Toronto, Canada’s largest and most populous city, made it into eighth place. This is an increase in ranking over 2021 where COVID-19 pandemic restrictions caused these cities to slip in the rankings. In 2021, Toronto was in the 20th position. Damascus, Tripoli, and Lagos came in last this year due to unsafe living conditions and a high threat of terrorism.

The study is conducted by the Economic Intelligence Unit (EIU). The EIU has been analyzing and monitoring the impact of global development on populations and cities for over 70 years. Each year they release a report that ranks livability of cities worldwide, based on several factors such as stability, healthcare, culture and environment, education, and infrastructure. The 2022 report included 172 cities, an increase of 33 cities over the 2021 report.

The overall scores for all cities this year were higher as the general livability around the globe has seen improvement in some areas. As more people are vaccinated against COVID-19, scores in culture and environment saw a drastic improvement over 2021 and are at nearly pre-pandemic levels. There were also higher scores for healthcare as the pressure caused by the pandemic on global medical systems began to ease. However, the scores for stability have dropped on average.

Canada was seen as safe and stable

Canada was the only country with three cities in the top ten, indicating that the standard of living in Canada is generally quite high. Because of this, Canada is often seen as a desirable country for immigrants.

Canada consistently ranks as one of the most stable and tolerant nations in the world. In fact, a recent study by the Canadian Bureau for International Education ranked Canada’s stability as the number one deciding factor for international students.

The most prominent immigration pathway to permanent residence is through the Express Entry application management system.

The Federal Skilled Worker Program (FSWP), The Canadian Experience Class (CEC) and the Federal Skilled Trades Program (FSTP) are Express Entry programs through which eligible candidates are given a score using the Comprehensive Ranking System (CRS) and ranked against each other.

The first step for a candidate is to self-evaluate if you are eligible for one of these programs. Eligible candidates may then create a profile with Immigration Refugees and Citizenship Canada (IRCC) to get their CRS score.

A CRS score is based on criteria such as work experience, language skills and education along with other human capital factors. The higher a CRS is, the more likely it is that a candidate will receive an invitation to apply (ITA) from IRCC.

Skilled immigrants may also apply directly to a province through a Provincial Nominee Program (PNP). All Canadian provinces, except Quebec and Nunavut, have PNPs that work in alignment with IRCC. These programs allow provincial governments to select candidates that they feel will be a good fit in the province.

Quebec selects immigrants according to its own criteria and procedures. If you are selected for immigration by Quebec, you and your accompanying family will receive a Certificat de sélection du Québec (CSQ). Those who receive a CSQ may then apply to IRCC for permanent residence.

In addition to these programs, Canada has temporary foreign worker programs, student visas, and temporary resident (visitor) visas for those who would like to visit and experience Canada before deciding to apply for permanent residency.