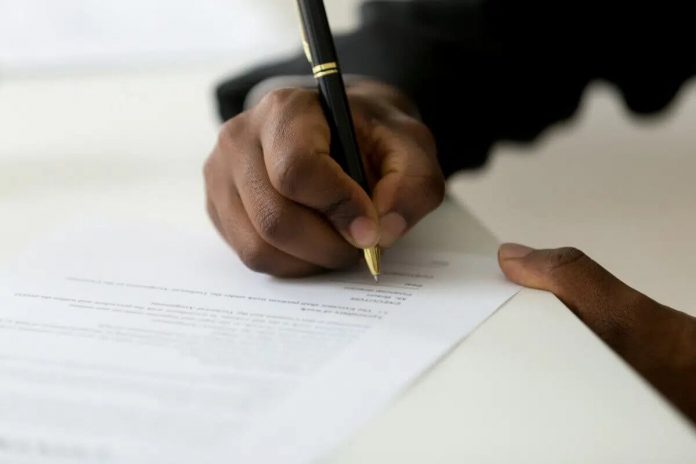 Legal opinion letters can explain to border services officers why you are admissible to Canada despite a criminal history.

A lawyer may be able to write a letter that can help you cross the border if you have concerns about criminal inadmissibility.

A legal opinion letter does not override criminal inadmissibility, but it can explain to a border official why you are not actually inadmissible in the first place. It offers a legal analysis of your case and how it fits into the context of Canadian law.

Legal opinion letters can be particularly useful for people who fit the definition of “deemed rehabilitated,” or for those who are charged with crimes that do not render them inadmissible. It can also be used before your sentencing to help you avoid more serious convictions.

Deemed Rehabilitation
A person is deemed rehabilitated when they are no longer considered criminally inadmissible to Canada by immigration authorities.

If at least 10 years have elapsed since you were convicted of a non-serious crime, you can be deemed rehabilitated. In this case, you may have overcome inadmissibility already and do not need to submit an application before visiting Canada.

Express Entry applications to be processed within 6 months again

Unfortunately, even individuals who are deemed rehabilitated still encounter issues at the Canadian border. Canadian immigration border officers can turn people away if they believe you pose any security risk, even based on a non-serious charge. This is where a legal opinion letter can explain that you are admissible despite your criminal history.

Crimes that are not inadmissible

Border officers might not know how certain offenses are classified. Serious crimes that carry a sentence of 10 years or more, such as driving under the influence, may make a person inadmissible. However, non-serious crimes do not necessarily have the same outcome.

A legal opinion letter would explain why a particular offense is considered non-serious and why it does not make someone inadmissible to Canada.

Some acts are illegal in the country where they were performed, but not in Canada. As a result, someone who committed such an act would not be inadmissible to Canada. For example, if someone was charged with possession of marijuana it might not be a crime if the amount they were carrying would be legal in Canada.

In this case, a legal opinion letter could explain to the border services officer that an equivalent crime does not exist in Canada. Therefore, in the Canadian context, this person has not committed a crime and is subsequently not inadmissible to Canada.

This is a legal opinion that is drafted by a Canadian immigration lawyer in which they refer to the relevant sections of Canadian law to explain the consequences a guilty verdict would carry with regard to an individual’s ability to enter Canada.

In addition to appealing to the judge’s compassion by outlining the effects of a conviction, a lawyer can also suggest alternate infractions that would not render the individual inadmissible should he or she be convicted. This is not always possible for more serious charges, but some offenses can be pleaded down in such a way that the conviction does not result in inadmissibility.

For example, reckless driving can be reduced to a traffic violation, which does not render one inadmissible. The charges could even be dropped altogether in certain cases. A legal opinion letter can help by laying out the options and explaining any mitigating circumstances that could warrant less severe punishment.

The judge might attribute significant weight to the letter and take it into consideration when imposing the sentence. In this manner, many individuals who had the foresight to procure a legal opinion letter from an experienced Canadian immigration attorney have been convicted of a lesser offense and, consequently, have avoided being found inadmissible.