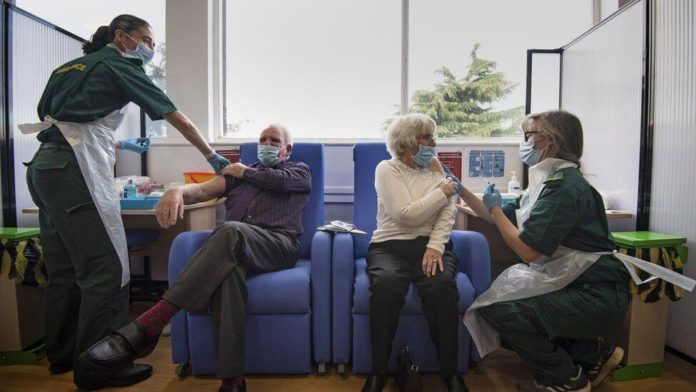 Canada’s health regulator has approved the Pfizer-BioNTech vaccine, the day after the UK became the first country in the world to roll it out.

Health Canada called the authorization a “milestone” in the country’s fight against coronavirus.

The agency said the vaccine met its “stringent safety, efficacy and quality requirements”.

Prime Minister Justin Trudeau says Canada is set to receive up to 249,000 doses of the vaccine this month.

In total, the Canadian government has purchased 20 million doses of the vaccine – enough to inoculate 10 million people – with the option to buy 56 million more.

On Tuesday, a UK grandmother was the first person in the world to be given the jab as part of a mass vaccination program.

Bahrain has also approved the emergency use of the vaccine.

US regulators have confirmed the vaccine is 95% effective, paving the way for it to be approved for emergency use there. Advisers to the Food and Drug Administration (FDA) are set to meet on Thursday to formally review whether the US should authorize its use.

What does this mean for Canada?
Health Canada said it approved the vaccine on Wednesday “after a thorough, independent review of the evidence”.

The announcement clears the way for doses to be delivered and administered across the country. Officials say Canada has 14 distribution sites equipped with the necessary cold storage for the vaccine.

Healthcare workers and vulnerable groups, such as the elderly, will be among the first to receive it.

The vaccine has initially been authorized for use on people aged 16 and over.

Pfizer Canada said the approval marked “a historic step forward in our efforts to reduce the number of Canadians suffering from this devastating virus”. 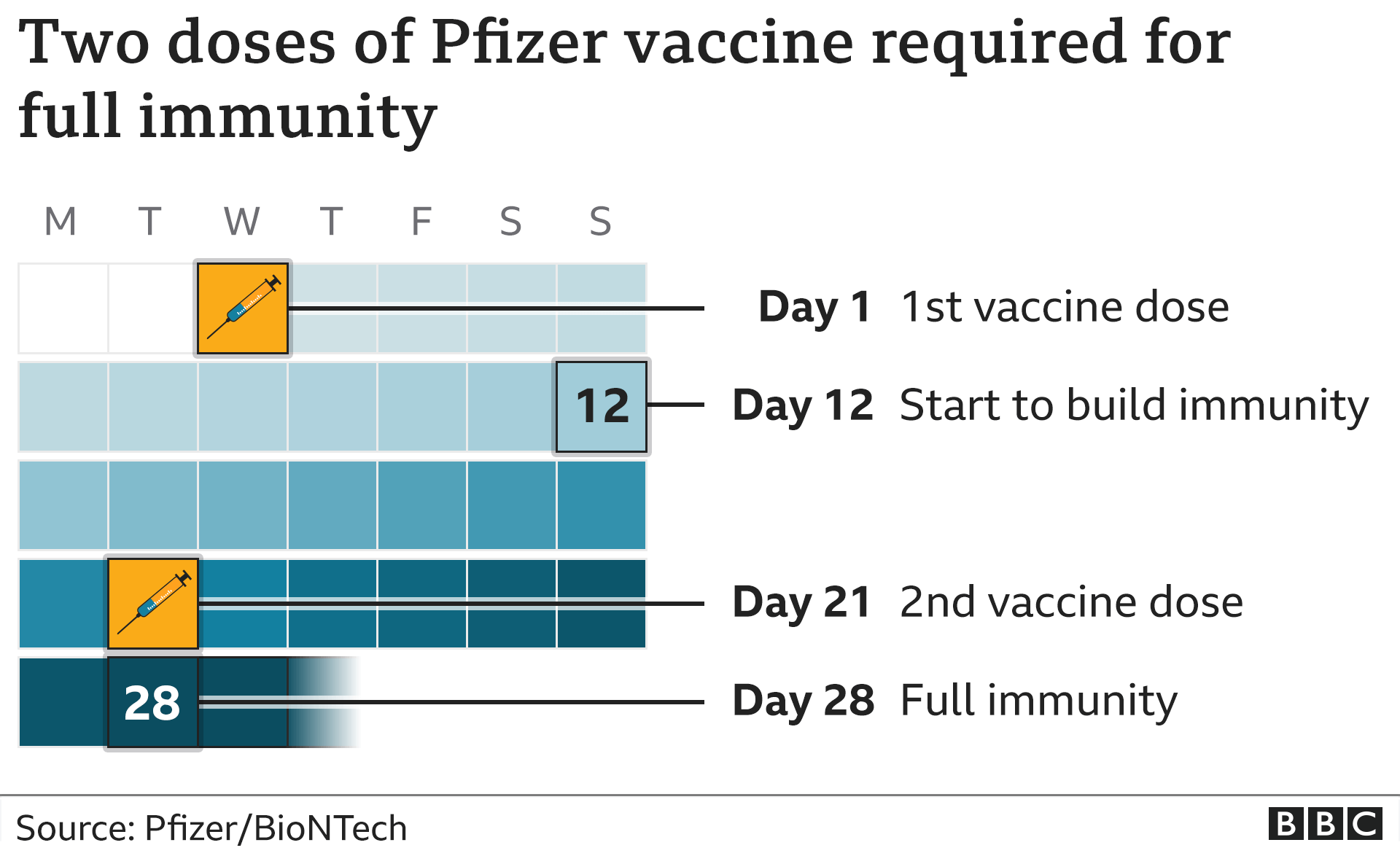 Ontario Premier Doug Ford reacted to the news on Twitter, saying the province would be ready to deliver and administer doses “as soon as vaccines arrive on Ontario soil”.

“Friends, the light at the end of the tunnel grows brighter,” he wrote.

Earlier on Wednesday, British regulators said people with a history of significant allergic reactions should not have the Pfizer/BioNTech Covid jab, after two NHS workers had allergic reactions. The advice applies to those who have had reactions to medicines, food, or vaccines.

Professor Stephen Powis, medical director for the NHS in England, said this was “common with new vaccines”, describing it as a precautionary measure.

Health Canada officials told reporters they were only advising people with allergies to any of the ingredients in the vaccine to avoid it. They said they would monitor developments in the UK and decide whether to expand that guidance.

Canada also has contracts with several other vaccine manufacturers.

Mr. Trudeau has said most Canadians should be vaccinated by September 2021.

The People’s Vaccine Alliance – a network of organizations including Amnesty International, Oxfam, and Global Justice Now – claims Canada has ordered enough vaccines to protect each Canadian five times if all the vaccines are approved for use.

The group has accused rich countries of hoarding doses and says poor countries are set to miss out.