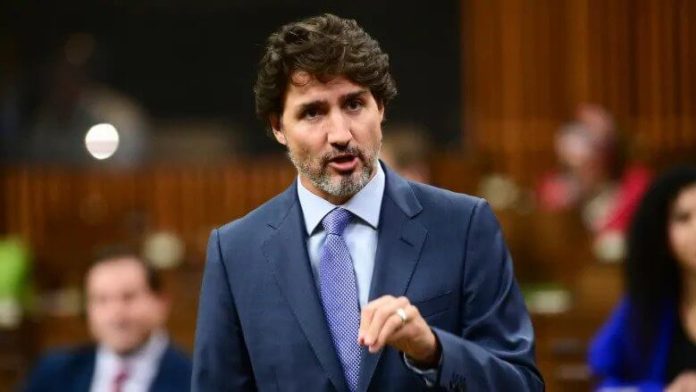 Prime Minister Justin Trudeau said that applying for the new Canada Recovery Benefit would be “simple” and that no Canadian would be left behind in the transition to a new pandemic benefit.

But some say the application process has been deeply frustrating and they still don’t know when — or even if — they’ll get the money.

Hajar Pittman told CBC News the application process has been a nightmare.

“I’ve never felt this hopeless,” said the Brampton, Ont. mother of two toddlers. She was on maternity leave when the pandemic hit. She was laid off from her job in the airline industry in June and collected the Canada Emergency Response Benefit (CERB) — the benefit replaced by the CRB — throughout the summer.

Pittman said that when she first tried to apply for the new Canada Recovery Benefit (CRB) on Monday, she got an error message — “COV-026” — telling her she was ineligible for the benefit without explaining why.

It took hours of phone calls with the Canada Revenue Agency, she said, before a CRA agent suggested that the fact she collected parental leave benefits might be causing confusion in the CRB process. Pittman said she has now requested a letter from Service Canada clarifying her status.

Pittman said she was also told she might have to wait 21 business days for that letter to arrive. Once she gets it, she’ll have to send it on to the CRA — so she has no idea how long the total application process could take.

In the meantime — instead of the $500 per week she could be collecting from the CRB — she has no money coming in. And looking for a job in a pandemic has led her nowhere.

My kids and I are desperate for help, @JustinTrudeau I haven’t been able to apply for the CRB even though I meet all the requirements, @CanRevAgency can’t give me a reason why. Please help @theJagmeetSingh

“I’m relying on family and friends and savings that I’ve put away over the years,” she told CBC News.

“I’m just hoping and praying that this will be resolved soon because I don’t know how long I can go without collecting any financial support from the government. I was really relying on that for myself and my children.”

She’s not alone. CBC News has received at least three dozen complaints about access to the benefit.

Tracey Crosson, administrator of the “Canadians on $2000/month CERB support group” on Facebook, said she’s seeing dozens of complaints a day from people struggling to access the CRB.

“People are having a real hard time with it. They’re getting errors and it shouldn’t be that way.”

Confusion over EI applications
Crosson said the comments she’s seen in the Facebook group suggest many people are experiencing problems because they’ve applied for Employment Insurance in the past but are no longer eligible.

Crosson said Trudeau’s claim that no one would be left behind in the transition from the CERB to the CRB rings hollow now.

“Why is it that there are people slipping through the cracks?” she asked.

(Crosson’s Facebook group was set up by UBIWorks, a non-profit that advocates for universal basic income.)

The Canada Revenue Agency said in a statement that it is aware some applicants are receiving error codes related to their eligibility.

It said when people apply through CRA’s “My Account” online or through the automated phone line, the applications go through a verification process.

“The system checks a variety of data sources to determine eligibility,” the statement said. “For example, the CRA can verify if the $5,000 income threshold has been met, or detect the possibility of fraud. Applicants who are deemed ineligible for CRB may still be eligible for EI.”

The statement noted that as of end of day Wednesday, 497,100 applications had been approved for the CRB.

The agency did not say how many people had been told they were not eligible for the benefit.

Brace for delays, says Service Canada
To handle what’s expected to be an unprecedented number of EI claims and a record number of calls over the coming weeks, Service Canada has almost doubled its complement of specialized call centre agents. It’s still warning people to expect long waits.

Mara Del Bianco said she also got a ‘COV-026’ message telling her she was ineligible for benefits without telling her why. Her problem appears to be similar to Pittman’s — involving a past claim for benefits for which she is no longer eligible.

Del Bianco said she also spent hours on hold with the CRA and Service Canada. She described the process as confused; at one point, she said, she was asked to provide documents by fax.

She also asked for a letter clarifying her EI eligibility. Like Pittman, she’s still waiting for it.

For Pittman, it’s been especially maddening to witness what she called a lack of communication between Service Canada and the CRA.

More than anything, though, she just wants her situation resolved quickly.

“I’m left behind. I’m not getting any financial support right now.”