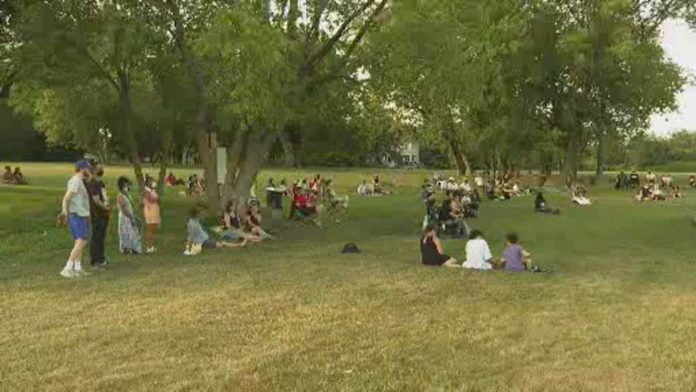 Canada reported 147 new cases of COVID-19 on Monday and two new deaths as the country celebrated the Civic Holiday amid the novel coronavirus pandemic.

However, only a handful of provinces released new numbers on Monday, with many opting to wait until after the holiday to do so.

Ontario did not release any new COVID-19-related data on Monday, saying the province would provide an update on Tuesday after the long weekend.

But the latest data released by the province on Sunday said Ontario has seen a total of 39,449 cases of the virus.

And a total of 2,778 people in the province have died as a result of COVID-19 since the pandemic began.

On Sunday Ontario recorded 116 new cases of the novel coronavirus and one new death.

Meanwhile, health officials in Quebec — the province hit hardest by the pandemic — said 123 new cases of COVID-19 were confirmed on Monday.

Health authorities said another two people had died as a result of the virus.

So far, 50,866 people have recovered from COVID-19 infections in Quebec.

Prince Edward Island did not release any new coronavirus data on Monday.

The latest data released by the province on July 28th said the Island has seen a total of 36 cases and has conducted 19,160 tests for the virus.

Nova Scotia health officials did not report any new cases of the virus on Monday and said no new deaths had occurred.

So far, the province has tested 65,483 people for the virus and 1005 people have recovered from infections.

New Brunswick reported no new cases of the novel coronavirus and health officials said no additional deaths had occurred on Monday.

The province has conducted a total of 53,243 tests for COVID-19 and health officials said 168 people have recovered after becoming infected with the virus.

Health authorities in Newfoundland and Labrador said no new COVID-19 cases were identified on Monday, and the province had not seen any more deaths associated with the virus.

Since the pandemic began, 25,452 people have been tested for the virus in the province and 259 people have recovered.

Saskatchewan recorded 17 new cases of the virus on Monday, but health officials reported no new deaths.

So far 103,591 tests for COVID-19 have been conducted in Saskatchewan and 1,089 people have recovered from the virus.

In a tweet on Monday, Manitoba health authorities said seven new cases of the novel coronavirus were identified on Monday.

The new cases bring the province’s total number of lab-confirmed positive and probable infections to 442.

Public health officials advise 7 new cases of #Covid19MB have been identified as of 9:30 a.m. today. The total number of lab-confirmed positive and probable positive cases in Manitoba is 442. The online data will be updated on Tuesday, August 4, 2020. https://t.co/QHUWf1HR4d pic.twitter.com/UFznUBW6xV

Health officials did not release any other details on the seven latest cases — instead, the province said it will release more information Tuesday, after the long weekend.

Alberta did not release any new COVID-19 data on the Civic Holiday.

However, the latest numbers released on Friday said the province has seen a total of 10,843 cases and 196 deaths.