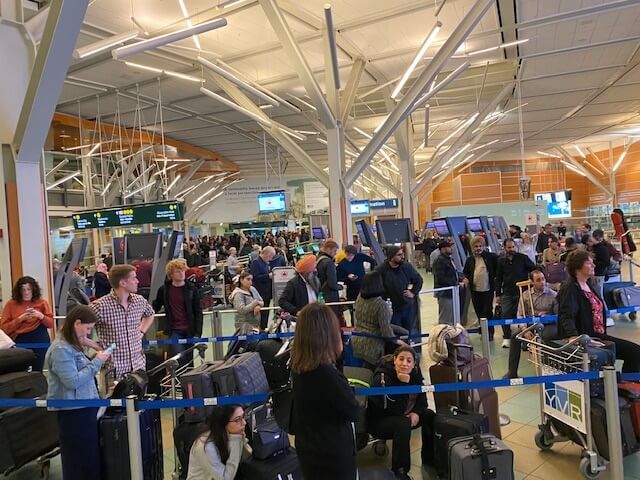 Air Canada blamed the problem server to affect the network, travelers have an impact on airlines around the world and forced the airline to use alternate check-in and boarding process.

The problem has since been fixed, but not before people took to social media to vent their frustrations.

Two listeners said they had been at the airport waiting for their flights to India for hours and yet managed to escape to safety.

It appears @AirCanada is experiencing a worldwide outage. Travelers at @yvrairport say they have not been able to check in for hours and people have been making similar complaints online in Japan, Switzerland and several U.S. airports. No explanation yet from the airline.

We been here since 9:30pm and standing at the same spot in the queue. Its frustrating since no one is giving any information. @AirCanada #worstexperience https://t.co/l042XbMrRe

Instead, they were stuck in the lobby with hundreds of other people, and the staff was checking travelers manually.

Passengers experiencing similar troubles took to Twitter from airports in Japan, China, the U.S., and Switzerland.

The latest system issue for Air Canada follows trouble late last year at the airline that arose after it launched a new booking system.