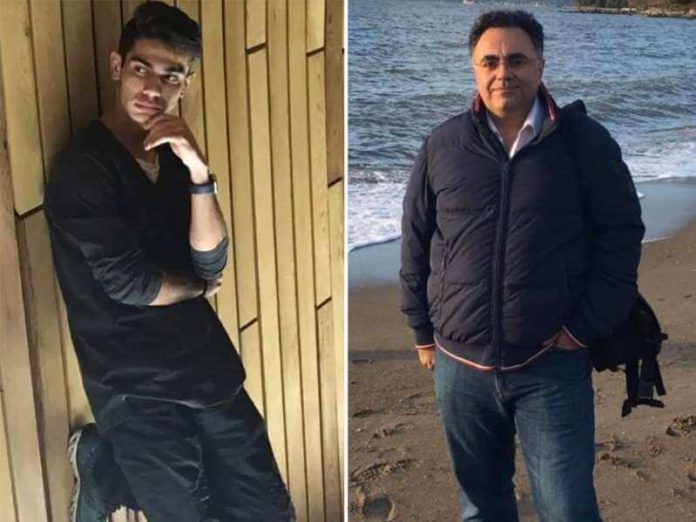 Two Calgarians — a Western Canada High School student and an engineer who worked in the airline industry — are among 176 people killed in the plane crash in Iran.

Ukraine International Airlines passenger plane was carrying 63 Canadians, in addition to 82 Iranians and 11 Ukrainians, when it came down shortly after takeoff from Tehran International Airport on Wednesday. The plane was en route to the capital of Ukraine, Kyiv, when it crashed. At least 30 Edmontonians dead.

In a statement, the Calgary Board of Education said it found Wednesday that one of the international students are on the flight. Students have been identified as Arshia Arbabbahrami, who is in Grade 12 at Western Canada High School, according to a letter sent to parents by the school principal.

“Arshia is a valued member of our school community, attending Western Canada High School over the past three years. Arshia was heavily involved in athletic activities, such as track and field and swimming and diving team, “said the principal of Carma cornea.

“He dreamed of becoming a doctor and a leader in our community that many students look up. our collective experience with family and friends Arshia, both in Iran and in Canada. ”

Cornea said Arbabbahrami returned to Canada after spending the holidays with family in Iran.

School community informed Wednesday afternoon and the Calgary Board of Education Critical Incident Response Team was on-site to provide support to students and staff. Cornea said students “are provided with the opportunity to discuss the losses and share their thoughts, feelings, and reactions to them.”

A memorial tablet has been set up in schools where students are encouraged to leaf note of condolence which will be shared with family.

“This tragedy has greatly impacted our community and remind us of the importance and value of a genuine connection with each other. Arshia our minds with the family at this difficult time, “said Corneal.

Another local, Kasra Saati, identified by his former employer Viking Air Ltd. as the second victim of Calgary. Viking said Saati is a valued member of the team of their quality in aircraft assembly facility Calgary from early 2018 until December 2019.

“His loss is felt by all who had the opportunity to work with him and we share our sincere condolences to the family Saati and all those affected by this tragic event,” said spokeswoman Angela Murray said in a statement.

“Our hearts are heavy as we mourn losses across the country and in our city with this Kasra Arshia and family, everyone in Western Canada and Viking Air,” wrote nenshi.

Students, university professors, doctors and newlyweds from Edmonton among those believed dead. Edmontonians group of young people who had traveled to Iran to attend the wedding went home with a new bride when the plane crashed.

The list of victims also included Shadi Jamshidi, a Toronto woman who enrolled in a graduate engineering program at the University of Calgary from 2012 to 2014.

Mohammadali Ahmadi, president of the Iranian Student Association of the University of Calgary, said they were deeply saddened by the tragedy and the planned memorial to Jamshidi.

Safety board has options for investigation of runway overshoot in Halifax

“People from the Iranian community outside Iran so sad to hear the news after all the bad news coming from the region,” said Eghbal Kayadan, Iran Khabar publishers, magazines Calgary Farsi. “People who suffer. They do not know what happened. ”

He said he knew the names of the University of Alberta students and staff in the list of victims but did not personally know any of the victims.

Kayadan added that many Albertans most likely traveling through Ukraine on their way back to North America because it is a more affordable option.

The accident that killed everyone on board, occurred Wednesday morning, hours after Iran launched ballistic missile attacks on two Iraqi army base in response to the killing of the US housing Revolutionary Guard Maj. Qassem Soleimani.