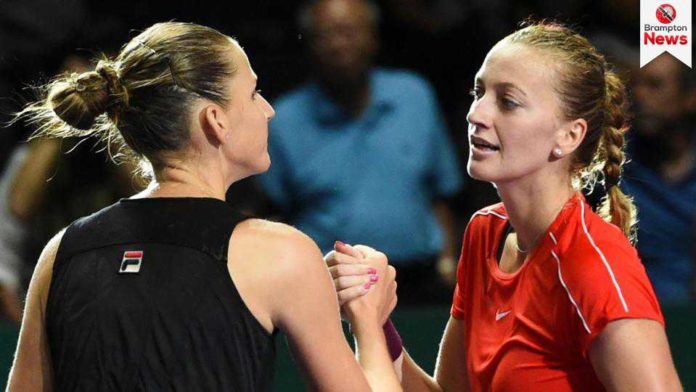 World number two Kvitova and seventh-ranked Pliskova led the Czechs to six trophies in the last eight Fed Cup’s.
Petra Kvitova and Karolina Pliskova will snub the Fed Cup playoffs against Canada in April, raising the chances of holders the Czech Republic being relegated from the World Group, the team said Thursday.

But they will miss the playoff tie in the southeastern Czech city of Prostejov on April 20-21, following the Czechs’ surprise first-round loss at home to Romania in February.

“Karolina and Petra have excused themselves to the captain before the upcoming playoffs against Canada,” the Czech Fed Cup Team said on its Facebook page.

This week, Kvitova and Pliskova are playing in the Miami Open, where both have reached the second round.

“We wish Karolina and Petra, who have played so many important and tough rubbers in the past, success in America and a smooth transition to the clay season.”

“(Captain) Petr Pala is already in talks with other players who could play at Easter,” the team said.

The top ranking Czechs other than Kvitova and Pliskova are 42nd-ranked Katerina Siniakova — who won two points in last year’s final against the United States, 47th-ranked Barbora Strycova, and 59th-ranked teenager Marketa Vondrousova.

Canada may rely on 24th-ranked Bianca Andreescu, the 18-year-old Indian Wells winner from last week, and 72nd-ranked Eugenie Bouchard, a former world number five currently coming back from a long slide down rankings.

The Czechs, also boasting five Fed Cup titles as former Czechoslovakia, have been playing the World Group nonstop since 2009.