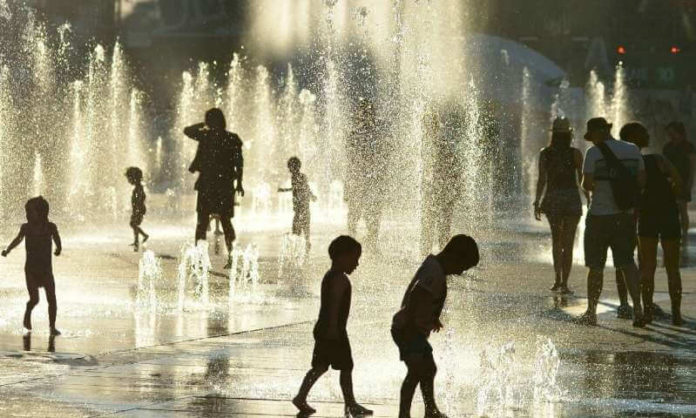 Temperatures in Montreal on Wednesday reached an all-time high for the month of May as a heat wave hit parts of Canada, says Environment Canada.

At the international airport Montreal Pierre Elliott Trudeau, the mercury rose to 36.6 degrees Celsius (98 Fahrenheit), making the hottest city in the country.

In neighboring Ontario, Ottawa also reached a record 35C (95F) -but with humidity Environment Canada says it felt like 40C (104F) in the two cities.

And in Toronto, a half-dozen cooling centers opened for residents as authorities issued an extreme heat alert.

“This is a strong heat wave,” said Environment Canada meteorologist Simon Legault AFP. “And it was only May. ‘

It is “absolutely incredible” for the temperature soared to such heights this time of year in Canada, he said, especially just three weeks after the end of the snowfall.

“It’s even hotter than the record set in June and July,” he said.

He said it was due to hot and humid front coming from the Gulf of Mexico in the southern United States, which has experienced the same temperature hot this week.

On Thursday, the heat warning remains in effect because the temperature hovered around 30 to 33 degrees in much of Ontario, Quebec and New Brunswick.

Warning issued when a person is at risk of heat exhaustion or stroke.

The heat is expected to break on a Friday or Saturday, with a cold front bringing with it heavy rains.

Sweltering temperatures arrive as Canada began to reduce the lockdown aimed at slowing the spread of the new coronavirus, and Canada are eager to go out and shake cabin fever.

Montreal has been hit hard, recording 6,900 deaths, or more than a third of all COVID 19 fatalities in Canada.