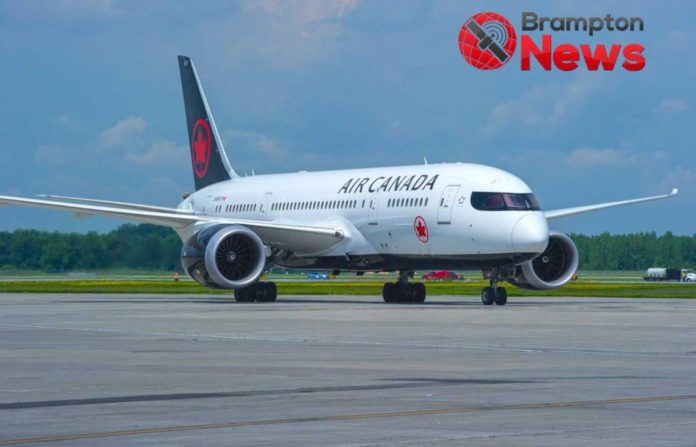 The federal government’s advisory against all non-essential international travel remains in effect. Many other countries, even those where COVID-19 case counts have been steadily declining for weeks, also have strict travel restrictions in place.

But you wouldn’t know that by looking at airline websites.

As the industry struggles with an unprecedented collapse in air travel and tourism, airlines are touting “flexible” booking policies as a way to woo back customers.

If you’re contemplating rebooking an existing flight that was cancelled amid the pandemic or making a new reservation for a future date, here’s what some of the major Canadian airlines are offering:

After facing public criticism for offering a 24-month travel credit rather than refunds for cancelled flights, Canada’s flagship carrier recently introduced expanded booking options. Through June 30, passengers can make a one-time change with no fee to all new or existing bookings for original travel dates between March 1, 2020, and June 30, 2021. As of June 15, those who booked directly with Air Canada will also be able to convert their ticket to a “fully transferrable” travel voucher that has no expiry date or turn it into Aeroplan Miles with 65 per cent bonus miles.

Air Canada says it’s working on ensuring two new options are also available to those who booked through a travel agency, including Expedia.

Customers with refundable tickets can also choose to get their money back. However, if you purchased a non-refundable ticket and decide to cancel your flight, you won’t be eligible for a refund, the website warns.

The changes come as the airline announced it’s still planning to fly to some 100 destinations this summer, including in the U.S., Europe, the Caribbean, Asia and South America.

Benefits of studying in Canada from the MENA region

WestJet has suspended its international routes through June 25. Like Air Canada, WestJet has been offering travel credit valid for two years for cancelled flights and vacation packages.

For new flight bookings made between March 3 and June 30, you can change or cancel your trip with no fee one time if you act more than 24 hours ahead of departure.

For U.S. flights, if you cancel within 24 hours of making a booking, you get a full refund, according to the company website.

Air Transat flights are temporarily suspended until June 30. The airline says on its website it has been automatically granting travel credit valid for 24 months to customers whose flights were cancelled.

For flights and vacations in southern destinations booked between April 30 and May 31, customers get to reschedule the same trip for any time within a year of the original return date or book a new trip — with different dates, destination and hotel — at no charge up to 24 hours before departure.

Those who just want to cancel get a 12-month travel credit for southern vacation packages and flights in the lowest fare class. For those who bought tickets in other fare classes, the standard cancellation terms apply, according to the airline’s website.

Sunwing has suspended all southbound flights until June 25. Those with flights or vacation packages starting between March 17 and June 25 are eligible for travel credit valid for departures up to June 20, 2022. Notably, the company says its travel credits are non-transferable and non-refundable.

For bookings after June 25 of this year, the company says it will be applying its standard change and cancellation policies.

WestJet’s ultra-low-cost carrier has suspended all international flights until Aug. 31.

All new bookings made at least seven days ahead of departure will come with the ability to change the date or time of the flight up to 24 hours in advance. If you have an existing booking, you can add the flexible-booking feature to your reservation for travel that is at least seven days out.

Customers get a one-time change per direction.

Another no-frills Canadian airline, Flair, also says it has relaxed its booking policies. For those with existing reservations for flights in March, April and May, passengers can choose between a one-time chance to rebook their trip without having to pay a change fee and a travel voucher valid until May 31, 2021. You can only use one voucher per reservation, and it won’t cover costs like baggage, seat selection and other optional fees.

For new bookings made in March, April and May, you get the fee waived on a one-time rebooking for travel until May 31, 2021.

Travel changes and cancellations must be made at least 24 hours in advance of departure.

Flexible bookings, travel credit and vouchers are hardly unique to Canadian airlines. Customers perusing U.S. or other international carriers will be hard-pressed to find any mention of the possibility of refunds, especially for non-refundable flights.

But air passenger rights advocate Gabor Lukacs argues that any alternative to getting your money back comes with considerable financial risk.

For one, consumers should watch out for fare increases. Often, he notes, airlines are merely waiving rebooking fees, with passengers left to cover any cost differential between their original and new bookings out of pocket.

“You will not get a flight to New York City in September for the price you paid in February,” he said via email.

Lukacs takes issue with the practice, noting that current rules under Canada’s Air Passenger Protection Regulations stipulate carriers must rebook passengers at no charge if their flight is cancelled.

Finally, airlines are leaving it up to consumers to figure out whether they can travel. Just because you were able to book a flight to, say, Rome doesn’t mean you’ll be allowed to take the trip.

Traditionally, it’s passengers’ responsibility to make sure they have any permits or visas required to travel to their destination — and travel during COVID-19 is no different, Lukacs notes.

Ultimately, customers should get refunds, he says, adding that even consumers with a non-refundable ticket are entitled to their money back if their flight was cancelled.

European Union and U.S. authorities have said travellers have a right to refunds amid the pandemic. In Germany, the government recently announced a €9-billion (C$13.6-billion) rescue deal for national carrier Lufthansa after the European Commission reasserted in mid-May EU airlines’ obligation to provide refunds to eligible travellers who ask for them.

Consumer rights advocates say Canadians are also entitled by law to a full refund for flights cancelled amid the COVID-19 pandemic.

Prime Minister Justin Trudeau has said Ottawa recognizes both “how vulnerable the airline sector is” and that Canadians are concerned about being “out-of-pocket” for airplane tickets they won’t use.

“I think we need to have some very careful discussions with airlines, with the air travel sector and, indeed, with Canadians … to try and figure out a way forward where we can ensure that Canadians are treated fairly and our airline industry remains there for when our economy picks up again,” the prime minister recently said.

“We will work with airlines and with Canadians who are concerned with finding solutions.”