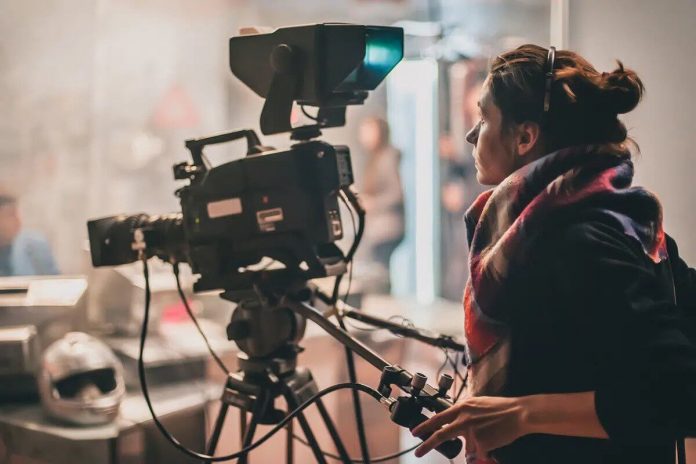 As a producer, you may be exempt from needing a work permit whereas production crew members and actors may get an LMIA-exempt work permit.
Movie and TV shoots generate jobs, revenue, and infrastructure development. As such, the Canadian government offers facilitated work permit processing for foreign film industry workers to shoot on location in Canada.

Canada has already lifted much of its COVID-19 restrictions. Fully vaccinated foreign travelers are able to come to Canada with an approved antigen test, and many provinces are rolling back public health measures such as mask requirements.

As such, 2022 is poised to be yet another busy year for Canada’s film and TV industry. Canadians are making huge investments in TV and film across the country. The premier of Nova Scotia is flying to Los Angeles from March 12 to 16 to meet with decision-makers at Disney, Netflix, NBC, and other studios. Also, Burnaby, British Columbia is building a 300,000 square-foot film studio.

All this to say, Canada recognizes the significant social, cultural, and economic benefits of the film industry. As a result, foreign film crews and producers may be eligible to get facilitated work permits and expedited processing times.

In this article, we summarize work permit options for TV and Film crews and explain the business visitors’ work permit exemption.

Foreign TV and film crews coming to work on a production in Canada may be able to skip the Labour Market Impact Assessment (LMIA) process.

Work permits may be LMIA exempt if the work being done will provide a cultural, social, or economic benefit to Canada. Film and TV crew members, actors, and other workers may be able to benefit from the Significant Benefit Work Permit. This work permit does not require an LMIA.

Those who are exempt from the LMIA requirement are typically workers whose occupations are deemed essential to the production and are eligible through the Television and Film Production Workers category.

Canada is open to tourists again. Here’s how to avoid criminal inadmissibility issues at the border

Eligibility for the LMIA exemption hinges on whether an individual’s role is essential to the production. Since there is no exhaustive list of “essential personnel,” its definition is open to interpretation. Given that “essential” can vary from one situation to another, its determination is made on a case-by-case basis. It depends on what evidence is provided in support of the worker is essential to the production. The person’s occupation is just one factor taken into account.

For those who do need an LMIA, many workers in the TV and film industry may be granted a facilitated process where the position does not need to be advertised.

Producers, performing artists (in certain cases), and other essential personnel may not need a work permit if they qualify as Business Visitors.

There are typically three categories of entertainment industry professionals who can receive consideration as business visitors:

Film and TV workers who submit their work permit applications online may be eligible for three-week processing.

According to the Canadian government’s website, after applying for a work permit, film and TV workers can fill out the webform and enter the following message into the “Your inquiry” field: