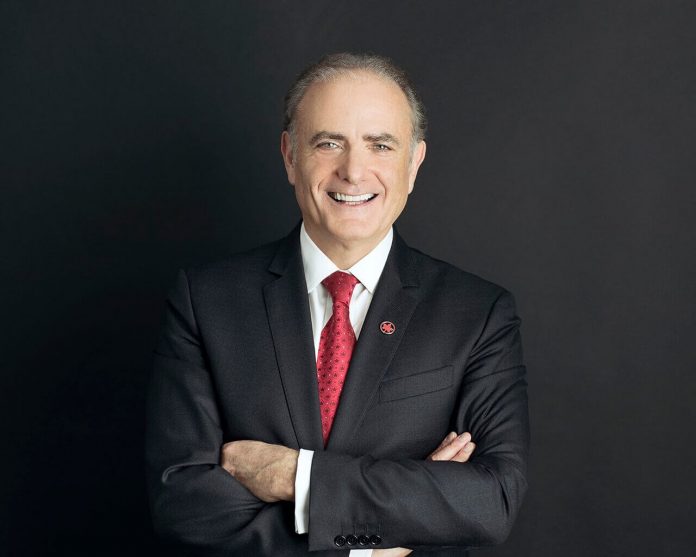 OTTAWA — Air Canada’s chief executive has apologized to a parliamentary committee in his first comments since his poor grasp of the French language raised a huge outcry last fall.

“I am sorry. I apologize again here,” Michael Rousseau said in labored French during video conference testimony to the standing committee on official languages.

Rousseau said his comments last November were “insensitive” when he said that he managed to live 14 years in Montreal without speaking French, which is “to the credit” of the city.

The CEO was also criticized for giving a business speech in Montreal only in English.

“I admit that I made a mistake by not learning to speak French when I joined Air Canada and I am correcting that mistake at this point,” he said.

Under questioning from Bloc MP Mario Beaulieu, Rousseau said he studies French every morning with tutors from reputable firms.

Rousseau also told the committee that Air Canada, which is subject to the Official Languages Act, understands its obligation to communicate with its customers in the official language of their choice.

Conservative Joël Godin, the vice-chair of the committee, told Rousseau that “it’s been 45 years” that the majority of official languages commissioners have described “a systemic problem” at Air Canada.

IRCC: No details yet on Parents and Grandparents Program 2022

When Rousseau answered that the language spoken by the board of directors is English, the MP asked how the importance of respecting the French language can be reflected throughout the organization.

NDP MP Niki Ashton said she was disappointed that not only was the Air Canada CEO’s presentation not half in French, which would be the “minimum,” but also that all of his answers were in English.

She said Air Canada shows a “lack of respect” for French, pointing to the CEO as an example.

Since 2016, Air Canada says it has provided more than 130,000 hours of lessons to 10,000 employees to teach them to speak French. The air carrier claims to do “learning retention” for its bilingual employees and develop courses so that employees can “qualify” as bilingual.

“If I calculate quickly, that makes 13 hours per employee,” said Conservative MP Jacques Gourde, who was not impressed.

In response to a Liberal MP who questioned him on how Air Canada will measure its performance in terms of bilingualism, Rousseau said that a decrease in complaints would be a “key indicator.”

Called to assure parliamentarians that Air Canada will fight against the decline of French, Rousseau said that bilingualism is “very important” for the company and for him personally.

“I believe that promoting bilingualism is in the best interest of Canada and Air Canada because it is part of our brand. It is part of our capital and I take it very seriously,” he said.

Air Canada says it has set up a department dedicated to official languages in recent weeks to monitor the carrier’s progress, spent more on training and created an award for promoting bilingualism. In addition, it will offer a bonus to employees who refer a bilingual candidate for a position.

This report by The Canadian Press was first published on March 21, 2022.

Companies in this story: (TSX: AC)