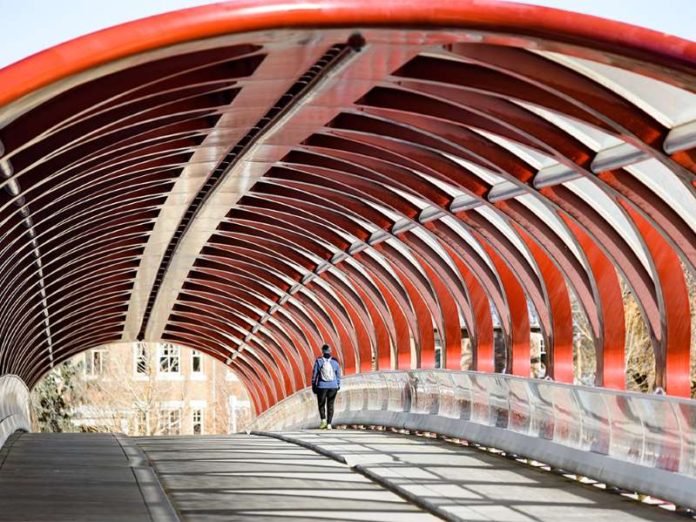 Close to half of Canadians want the provincial government each to begin lifting restrictions COVID-19 within two months, according to a recent survey by Angus Reid Institute.

The organization surveyed a random sample represents more than 1,900 Canadians online from April 15 to 17.

The poll found that 46 percent of Canadians feel the action of social distance, businesses and institutions have been kept closed since the outbreak of the virus began to be raised about the month of May or June. Another 28 percent indicated restrictions must stay in place until at least July and until the end of October. 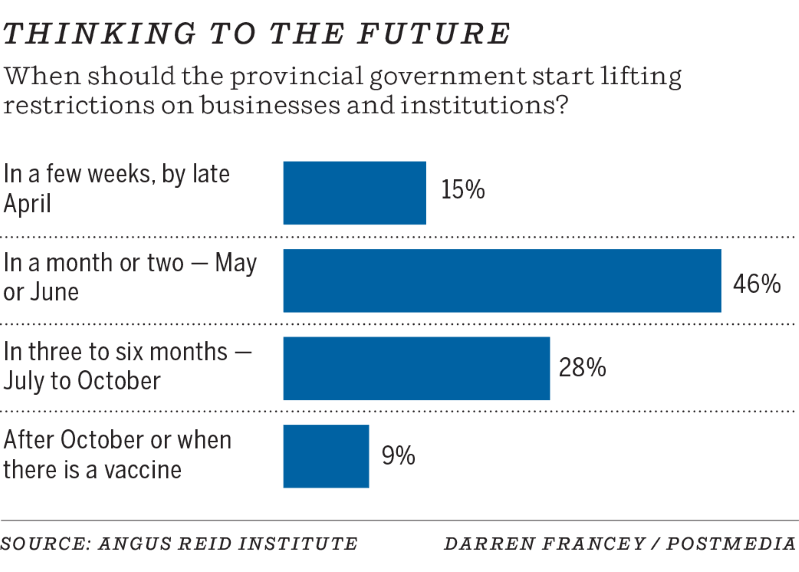 The survey results will carry a margin of error of +/- 2.2 percentage points, 19 times out of 20, for a probability sample of this size, according to Angus Reid.

Nova Scotia RCMP member recovering after shooting: ‘I am okay and surrounded with love’

Prime Minister Justin Trudeau said Sunday that the reopening of businesses, schools, and other institutions will have to “very gradually” to prevent the rise of the virus’ spread. While he said the measures work, they will be “weeks” before life began returning to normal.

“We’re not out of this,” echoed Alberta Premier Jason Kenney last Friday.

“I know we get calls from members of the public to reopen everything right away …. Do so and let loose a virus of the risks we have to come back with even more stringent and extensive lockdown that will have a devastating impact on our economy.”

Among poll respondents from Alberta, 39 percent showed safety and public health should carry the most weight for government decision-makers, compared with 15 percent who said the economy should be prioritized. About 46 percent said that both perspectives should be weighed equally. 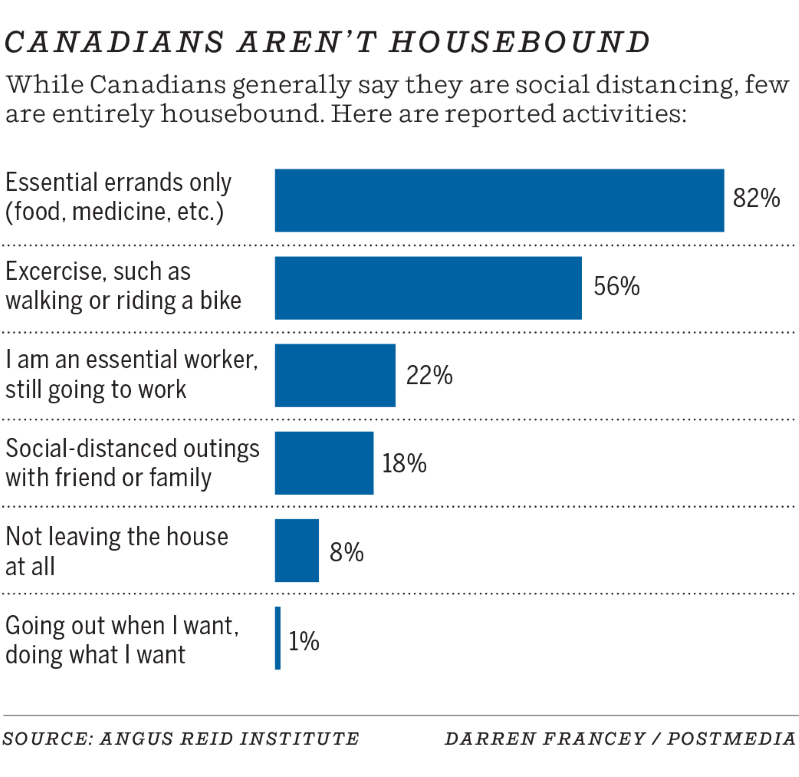 Concern about personally contracting the virus has fallen nationally, dropping from 73 percent two weeks ago to 61 percent. Canadians are more concerned about spreading the virus to others (70 percent) rather than becoming sick themselves (30 percent), according to the Angus Reid poll.

Two-thirds of Canadians also said that the federal government has done a good job of handling the COVID-19 outbreak, while 62 percent said this of Trudeau, specifically.

Alberta was the only region where the majority of those surveyed indicated that the prime minister has done an overall bad job on the COVID-19 front.

Around 41 per cent of respondents from Alberta felt Trudeau has adequately handled the federal response to COVID-19, while 54 per cent indicated his performance has been poor.

Meanwhile, Kenney’s performance had a more favorable reaction, as 67 per cent commended the Alberta premier’s response to the COVID-19 pandemic. Just 26 per cent said they felt he hasn’t done a good job.

Ratings of the performance by Dr. Deena Hinshaw, Alberta’s chief medical officer of health, were far less divided than either political leader. An overwhelming majority approved of the work she has carried out.

Around 86 per cent of Albertans polled said the province’s top doctor has done a good job throughout the pandemic. Just seven per cent of people disagreed.