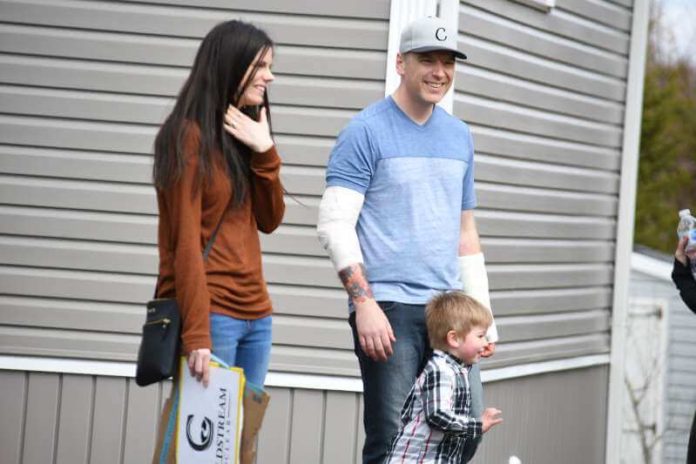 First responders, community members, family and friends in Lantz and Elmsdale, N.S. came out Monday to welcome Const. Chad Morrison home after he was shot on Sunday.

Morrison, an 11-year member of the RCMP, was injured during a shooting rampage in multiple rural Nova Scotia communities that left at least 19 people dead.

The rampage claimed the lives of people from all walks of life, including a teacher and workers on the front-lines of the COVID-19 pandemic.

“For anybody who is worried about me, there is no need. I am okay and surrounded by love. I consider myself extremely lucky to be alive right now, and I am grateful for everything I have,” said Morrison in a statement that was shared on Facebook.

Half of Canadians want COVID-19 restrictions lifted by June: poll

“To all the other victims and their families, including Cst. Heidi Stevenson’s family, I am so deeply sorry for your losses. My family and I will have you in our thoughts.”

Const. Heidi Stevenson, a 23-year veteran of the force, was confirmed by police to be one of the victims who were killed on Sunday.

RCMP Stevenson leaves behind a husband and two children.

Morrison, who is now recovering at home, said he was “overwhelmed … by the calls, FB messages, cards, flowers, cookies, well-wishes, condolences and offers to help.”

I am forever thankful to the paramedics, nurses, doctors, surgeons, and other medical staff who took such good care of me,” he said.

“Also to my family, friends, and co-workers that never left my side, and the incredible welcome I received when I got home.”

Global News has reached out to Const. Chad Morrison and his father, Roger Morrison, but did not receive an immediate comment.

With at least 19 victims, the rampage was among the deadliest in Canadian history, surpassing the death toll of the 1989 École Polytechnique massacre in Montreal.

Gabriel Wortman, a 51-year-old denturist, has been named the suspect. Police say he is now dead, and the incident has been referred to the province’s police watchdog agency.