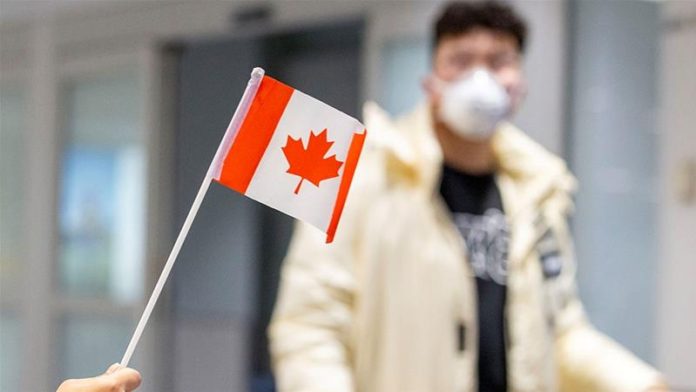 OTTAWA: The new coronavirus has spread across Canada with a total of 313 cases confirmed Sunday (Mar 15) in its 10 provinces, the chief public health officer told a news conference.

Atlantic coast provinces were the last to be hit. Major metropolitan centers – Toronto, Montreal, and Vancouver – remain the most affected.

“I’m asking everyone to take strong action to prevent the spread of the coronavirus,” chief public health officer Theresa Tam said, warning that a window of opportunity to mitigate its spread was “quickly narrowing.”

Measures must include, she said, limiting travel and self-isolating for 14 days upon returning from a trip abroad, as well as avoiding large crowds, practicing “social distancing” and working from home, if possible, over the coming weeks.

After a meeting of Prime Minister Justin Trudeau’s cabinet, ministers said to expect more actions to be announced on Monday.

Canada has tested nearly 25,000 people – among the highest per capita rates in the world. The number of positive test results jumped from a few dozen just last week, including one death.

“Most of the cases (in Canada) have been linked to travel,” Tam said, “but that could change very quickly.”

Earlier Trudeau was asked if he was considering closing the border.

“We’ve taken some very strong measures, and we are not taking anything off the table, we are looking daily at next steps that we might take, or we shouldn’t take,” Trudeau told broadcaster CTV in an interview from his Ottawa home where he and his family are self-isolating after his wife Sophie tested positive for the coronavirus.

The prime minister added, “Sophie’s got a headache right now and feeling a little under the weather, but it is not worse than what would be a bad cold,” he said.

“Of course we’re all being very careful.”

Tam noted that it was important for every country to “contain the outbreak within their own setting,” but added that “countries that enacted travel bans have not been able to keep out this particular coronavirus .”

In fact, she said, some countries that “have been impacted the most have actually been the ones with the most stringent travel and border measures.”