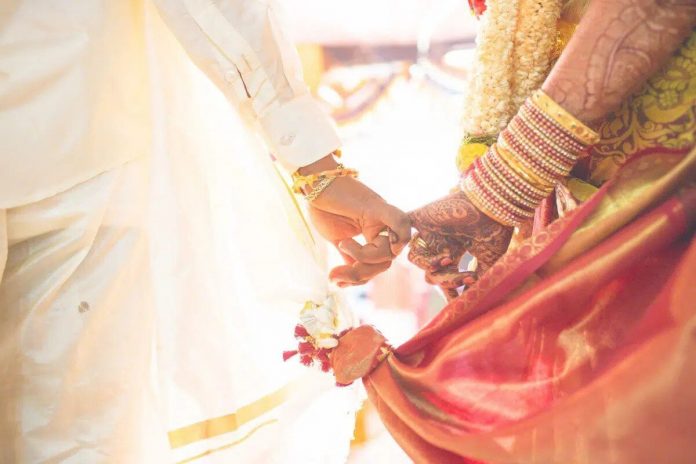 Of these, most came from India. Last year, Canadians sponsored about 10,715 loved ones from India, according to data from Immigration, Refugees and Citizenship Canada (IRCC). The second most popular source country was the US, where nearly 4,810 spouses and partners immigrated from.

Here are the top 10 source countries of new immigrants through the Spousal and Common-law Sponsorship program for 2021.

Source countries of Spouses and Partners in 2021 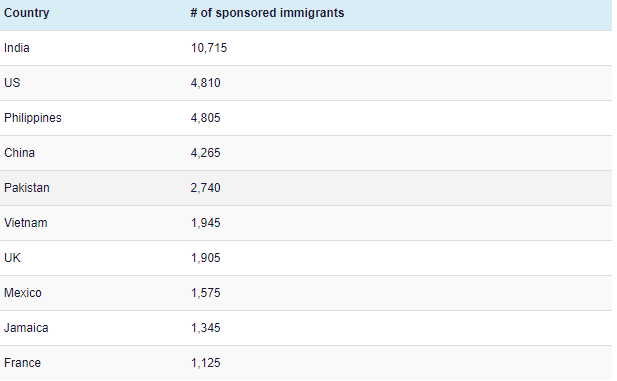 Spouses need to be married to their sponsor in an in-person ceremony. Virtual marriages are not recognized for the purposes of immigration.

Common-law partners need to demonstrate that they have lived together for at least 12 months.

Conjugal partners are living outside Canada and have been in a relationship for at least one year. They need to demonstrate that there are legal or social barriers preventing them from getting married or living together. You cannot sponsor a conjugal partner who is living in Canada.

Both sponsors and their partners must meet some basic eligibility criteria. The sponsor needs to be at least 18 years old, and have Canadian citizenship, permanent residency, or Indian status (under the Indian Act). Sponsors also must prove they are not receiving social assistance, and be able to financially support the family.

Canadian citizens can apply to sponsor their spouse from outside Canada, but must demonstrate an intent to return once IRCC makes a decision on their file. Permanent residents must sponsor their spouses from inside Canada. There are also a number of circumstances that could make one ineligible for sponsorship, such as not being discharged for bankruptcy.

Foreign spouses and partners must also be at least 18 years old. IRCC will check that the sponsored partner is admissible by running medical and background security checks. People with criminal convictions are oftentimes not allowed to come to Canada, but there may be options to overcome criminal inadmissibility.

The immigration officer handling the file will also want to see that the applicants are in a genuine relationship. The goal is to avoid admitting people who are getting married for the sole purpose of Canadian immigration. Instead, the government wants to welcome those who are coming to Canada to reunite with their loved ones.

After confirming that they meet all eligibility criteria, couples can then apply for spousal sponsorship from the Canadian government.

IRCC has a 12-month processing standard on spousal sponsorship applications, although it may take longer. Applicants can track and update their application status online until IRCC makes a decision on their application.