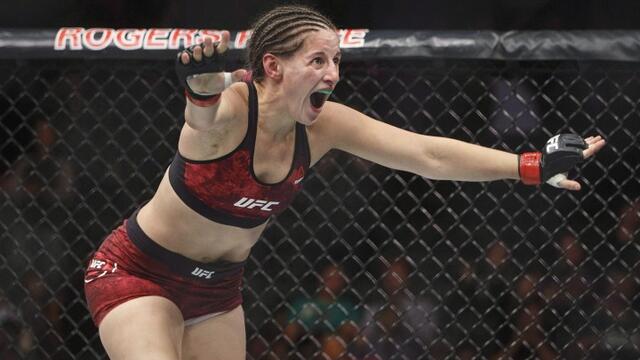 TORONTO – Canadian bantamweight Sarah (Cheesecake) Moras, who had been scheduled to fight on the UFC 249 card postponed, which is back in action on May 13th.

The 31-year-old from Kelowna, BC, who trains out of Las Vegas, will face American Sijara (Sarj), Eubanks, on television card May 13 in Vystar Veterans Memorial Arena in Jacksonville, Florida. Eubanks is ranked 15 among 135-pound contender.

Moras fight news posted on his Instagram page. “It’s back,” he wrote.

Both were originally scheduled to meet April 18 in Brooklyn, N.Y. card The eventual switch to Lemoore, Calif., but the card was postponed at the behest of ESPN, UFC’s broadcast partners, because of COVID-19 restrictions.

Moras said via social media that he had just completed his final sparring session on April 9 when he got to the phone and found the 18 April event off. He has trained to fight in the living room and garage for restrictions meetings.

UFC 249 has since been rescheduled for May 9 in the same place in Jacksonville.