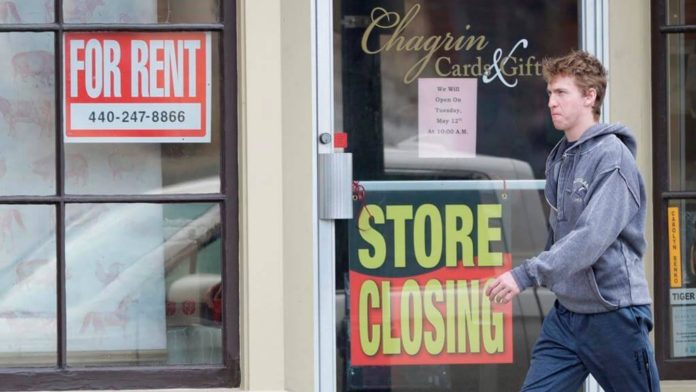 VANCOUVER — The word recession doesn’t really capture how bad the economic impact of this crisis will really be, according to the former chief economic analyst for Statistics Canada.

Philip Cross, with the Macdonald-Laurier Institute, argues governments and policymakers haven’t fully grasped the consequences of restricting and closing down parts of the economy.

“It stands to reason if you close down all non-essential parts of the economy it’s going to be devastating,” he says.

Cross expects April’s job numbers, which come out Friday, will be even worse than the records set last month.

Statistics Canada recorded 1,010,700 jobs lost in March across the country, with full-time work falling by 474,000. That drop also brought the unemployment rate to 7.8 percent from 5.6 percent in February.

At the time, however, almost all of the job losses reported in March were due to temporary layoffs, according to Stats Canada, and workers expect to get back to work within six months.

Americans trust Canadians more than they trust themselves, poll suggests

Cross notes when these numbers were done, provinces were only just starting to shut down to slow the spread of COVID-19. He says a decline will hopefully start to even out through May and June.

Although, Cross says a quick bounceback isn’t coming on the other side of the pandemic either.

“Quite possible that we’d have some starting recovery. Then it appears an outbreak of the virus. They’ll close things down again. They could be two steps forward, one step back even for a while,” he says.

Cross warns the effects of this won’t simply be a short-term blow but could last much longer.

“For some sectors, years is going to be the good time required for recovery,” he says, pointing to Air Canada, which recently announced it will take about three years to recover after the pandemic losses. “Other industries may never completely recover,” he says.

Cross says it’s going to be a difficult recovery ahead and there could even be more a second cycle decline and recovery, similar to a W-shape.