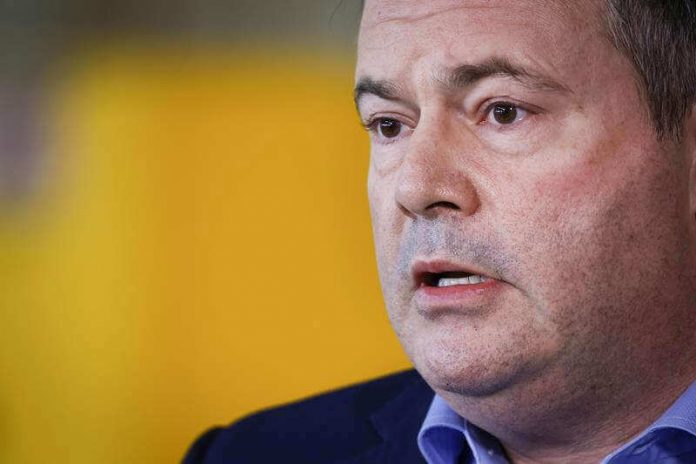 Albertans are to learn Wednesday whether Premier Jason Kenney has enough support from his party to keep his job — but political observers say whatever the outcome, it won’t end the rancorous political melodrama.

“It’s going to be chaotic no matter what the result is,” political scientist Duane Bratt said in an interview Tuesday.

“(Kenney) has drawn a line in the sand that says as long as he wins (dissenters) get in line. Well, that’s going to lead to a purge in the party, either voluntarily walking, or him forcing people out.”

The United Conservative Party said in a statement it was going to count mail-in ballots Wednesday and announce results sometime in the late afternoon in a live feed on its website.

Kenney’s office said that the premier was planning to speak about the results at the Spruce Meadows entertainment and equestrian facility in south Calgary.

The leadership review consisted of month-long mail-in balloting by as many as 59,000 party members on whether Kenney should remain leader.

Getting to know Canada’s immigration categories

If he does not get a 50 percent, plus one, majority, he must step down and a leadership race called. Kenney has said if he gets any majority, even a slim one, he’ll stay on.

Normally, leaders set the bar of confidence much higher, at least three-quarters or more.

Former premier Ralph Klein left after getting 55 percent of the vote in 2006. Ed Stelmach and Alison Redford stepped down from the top job due to party pushback after each receiving 77 percent.

Kenney has said this vote is different, that a lower number is OK because the voting pool has been toxically diluted by two-minute members casting ballots to destabilize his government.

Bratt and fellow political scientist Lori Williams said Kenney and the party are battling not only disaffected members but trust in the review itself.

The party is still being investigated by the RCMP for allegations of criminal voter identity fraud in the contest that elected Kenney leader in 2017.

Documentation leaked to The Canadian Press indicates Elections Alberta is investigating the current leadership review over allegations of illegal bulk buying of memberships.

The vote itself was drastically altered at the last minute from an in-person, one-day vote of 15,000 members to a mail-in ballot open to all members. Critics say Kenney’s team forced the changes because he was going to lose the in-person vote. The party denies that.

Bratt and Williams said a low review number in the 50s would leave Kenney with a questionable mandate, while anything around 60 percent or higher would prompt speculation the vote was rigged in his favor.

“I don’t see that this vote is going to settle anything,” said Williams.

“The divisions in the party and the province are profound.”

Kenney has been dealing with open dissent from the party and government members for over a year over his COVID-19 health restrictions, a perceived failure to stand up to Prime Minister Justin Trudeau and a top-down management style.

Todd Loewen, a UCP caucus member kicked out a year ago for openly demanding Kenney resign, said the UCP needs renewal and it can’t be done with Kenney in charge. The issue boils down to trust and Kenney no longer has that, he said.

“If he gets over 50 percent and stays, the party continues to splinter.”

Former UCP president Erika Barootes said she expects Kenney will get a majority, and said once that is done, it’s incumbent on the dissenters to decide once and for all if they are in or out.

Kenney, she said, has the experience and political skill to win a second term, adding that the party hasn’t a moment to lose given it’s facing an election in a year against a tough opponent in NDP leader, and former premier, Rachel Notley.

“(The dissenters) have got to respect that he won, and he needs to recognize that he’s not getting 95 per cent (support). So there’s work to be done,” she said.

“In 2019, Jason Kenney won the election with 55 percent support from the general public,” said Brown.

“Three years later, and we’re speculating whether he can even get 55 percent with his own base.”

This report by The Canadian Press was first published May 17, 2022.