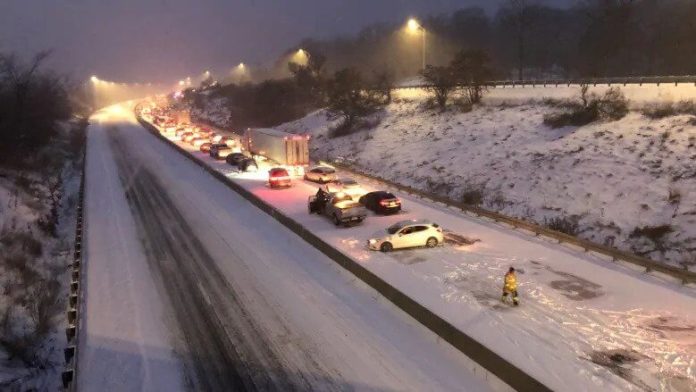 Between 15 and 20 people sent to the hospital.

One person is dead and as many as 20 people have been injured in an accident Sunday afternoon on Highway 401 near Kingston, Ont., Which involves between 30 and 40 vehicles.

The accident occurred just after 14:30, forcing the Ontario Provincial Police to close the westbound lane highway from the Joyceville Road to Highway 15.

In a statement, Kingston General Hospital said between 15 and 20 people had arrived at the hospital, “most have injury not – life-threatening.”

Frontenac Paramedic, a local paramedic service, then said they had treated 16 people at the scene – including three people with life-threatening injuries.

The investigation will take ‘some time’

Frontenac OPP Const. Dick Curtis told CBC News that one person has been killed in a pileup involving at least one tractor-trailer. the person’s name has not been released as next-of-kin are still being notified.

“We do not know the exact cause [pile] It will not be part of the investigation we have traffic collision investigator us – .. There are two [that] will be here for a period of time,” said Dick from the crash site late Sunday.

“It will take time for them to go through the scene, considering the number of vehicles.”

At 08:00 ET, lane highway toward the west is still closed. Dick said the track would not be “realistic” to reopen until Monday morning.

Stranded motorists not involved in the collision were taken to the central heating at Rideau Heights Community Center by Kingston Transit bus, police said.

Dick said the people who had to be pulled to remove the vehicle should contact the Frontenac OPP scene Monday morning to find out where they were taken.

Kingston area is currently winter travel advisory, by as much as 15 centimeters of snow expected to fall along the shores of Lake Ontario by Sunday night.

There were reports of heavy snow in the area at the time of the crash, said spokesman Bill Dickson OPP.

Kingston police were also dealing with a gas leak after an afternoon collision at Princess and Macdonnell streets, a crash that Sgt. Steve Koopman said it was also likely weather-related.