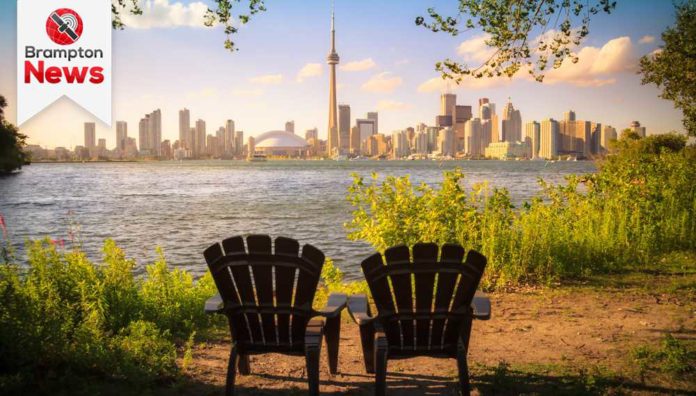 The Toronto and Region Conservation Authority have issued a shoreline risk warning that applies to areas along Lake Ontario and the islands.

Lake Ontario’s water level is approaching toward 75.5 meters above sea level. During the flooding of Toronto Islands in April 2017, the water level reached a high of 75.93 meters.

“Properties along the shoreline and the Toronto Islands which experienced flooding amid the 2017 event could begin to experience flood impacts as the water level in Lake Ontario continues to rise,” the warning said.

In addition to rain in the forecast, winds at 60 km/h are expected to bring offshore waves Wednesday.

Military on defensive after soldiers wrongly given guns for Sikh parade

The International Lake Ontario – St. Lawrence River Board is forecasting that lake water levels are expected to keep rising until late May or early June.

The flooding in 2017 resulted in Toronto’s islands closing for nearly three months along with all their local businesses and waterfront areas. The Island Public and Natural Science School also had to relocate to the mainland.

The flooding cost the city’s parks, forestry, and recreation division at least $8.45 million.