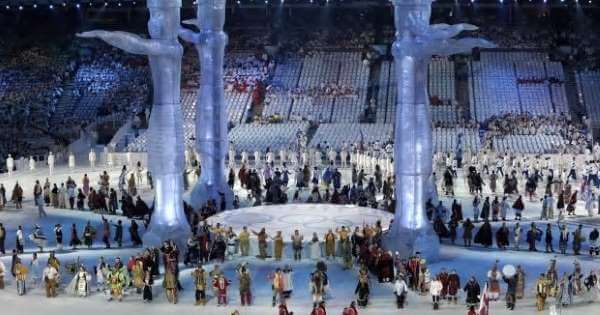 It was as long as one of the early planning sessions for the 2010 Vancouver Winter Olympics which Chief Gibby Jacob heard the provincial government official talking about Valley Callahan, which would eventually accommodate cross-country skiing and ski jump during the match.

Jacob, who participated in the bidding process for the Olympics and was a member of the Organizing Games Committee, finally put his hand.

“I asked who this Callahan was and how he got his name on our land,” said the Herediter head of the nation Squamish chuckled. “They all looked at each other. I said find out and let us know.”

It turned out that Valley Callahan, located near Whistler, B.c., was named one of the initial surveyors in the region.

“It was the beginning of our big boost to get our name back to places,” Jacob said.

Indigenous groups have vote in managing and organizing games in 2010. But Vancouver Major Kennedy Stewart has suggested any movement to bring other games to the city must be led by indigenous leaders.

In early November, the Vancouver City Council chose to postpone decisions about whether to explore bidding. City staff are expected to present a report to the board at the beginning of 2021.

Stewart has said one of its conditions to support the offer is that Musqueam, Squamish and Tsleil-Waututh – the first three original countries whose traditional areas include Vancouver – Olympic offer committee head.

“I have talked to countries about this and there is interest there,” Sun Vancouver reported Stewart said in a larger state speech to the Vancouver Trade Board.

Email to Stewart’s office asked to explain the Mayor’s proposal was not immediately answered.

Khelsilem, a council member with the Squamish State Council, did not know the formal talk about leading the offer.

Representatives of the Musqueam and Tsleil-Waututh did not respond to interview requests.

Khelsilem said before any decision is made, the pros and cons of hosting an Olympics must be weighed.

“The reality is that something like hosting an Olympics requires a significant amount of investment and support from both the federal and provincial governments,” he said. “While there are a number of reported advantages, there’s also a number of drawbacks.

Furthermore, Jacob said: “there’s a lot to be gained by being involved [in a bid] for our people.”

“I don’t think that our nations, given what we have as far as leadership resources and how fast they seem to change, would be able to take things right from scratch to completion,” he said.

Creating a common agenda
With 15 of the venues used for the 2010 Olympics built on First Nation traditional territories, Indigenous support was crucial for the Game’s success. The Squamish, Tsleil-Waututh, Musqueam and Lil’Wat nations formed The Four Host First Nations, a non-profit organization with the goals of uniting Canada’s Indigenous people and encouraging inclusion across the country.

“I think it created a common agenda,” said Jacob. “By doing that and achieving what we set out, it was totally outstanding.

“I think it showed leadership that the four separate First nations could work together for a common purpose and get benefits from it.”

Involvement in the Games raised awareness of Indigenous issues across Canada, he said.

“When we first started out, we were pretty invisible in our own territories,” said Jacob.

Indigenous groups did “fairly well in compensation for the use of our lands,” he said. The Olympics also led to traditional Indigenous names being returned to locations and landmarks plus recognition of First Nation arts and culture.

John Furlong, who was head of the Vancouver Organizing Committee for the 2010 Olympic and Paralympic Winter Games (VANOC), is part of the group looking at the 2030 Games. He said any bid would be impossible without Indigenous participation.

“I see no scenario at all in which First Nations are not involved,” he said. “They were a difference-maker in 2010.

“First Nations are in multiple new businesses since 2010. My instincts tell me they will be keenly interested in being involved again.”