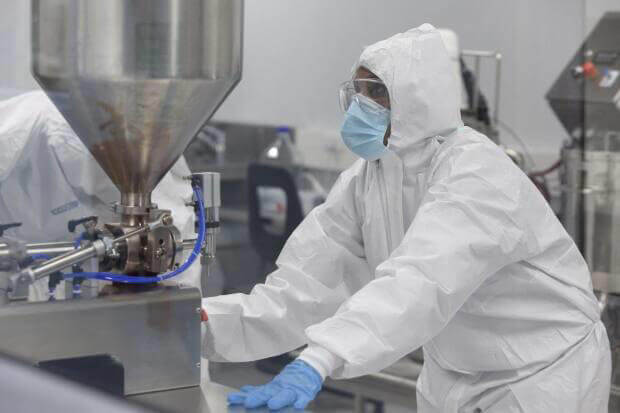 The American pharmaceutical giant Moderna has chosen the greater Montreal area to build its new biomanufacturing plant — the company’s first outside of the United States.

The announcement is expected to be made Friday by Prime Minister Justin Trudeau and Quebec Premier François Legault, Radio-Canada has confirmed.

The new facility will include a research centre and an mRNA vaccine production plant, according to an agreement that was finalized last summer. The plant will produce some 30 million doses per year, and the company will employ between 200 and 300 people.

The exact location of the new plant, set to be completed in 2024, has yet to be determined and is still under negotiation, but Radio-Canada has confirmed it will be in the greater Montreal region.

The CEO of Moderna, Stéphane Bancel had said that he did not want to rush his decision, saying it had to be made with diligence.

“You have to understand that these are decisions not for six months, one or two years, but it is a decision for 20, 30 or 40 years,” he said.

“It’s really important that we do it in a place where we have the right level of talent, who will become employees of Moderna.”

Since the start of the pandemic, the Trudeau government has promised to get Canada’s biomanufacturing sector back on its feet. So far, Ottawa has invested $1.6 billion in some 30 projects related to biomanufacturing, vaccines and therapies.

When Trudeau and Legault team up to make the announcement, they are expected to be surrounded by a range of provincial and federal ministers.