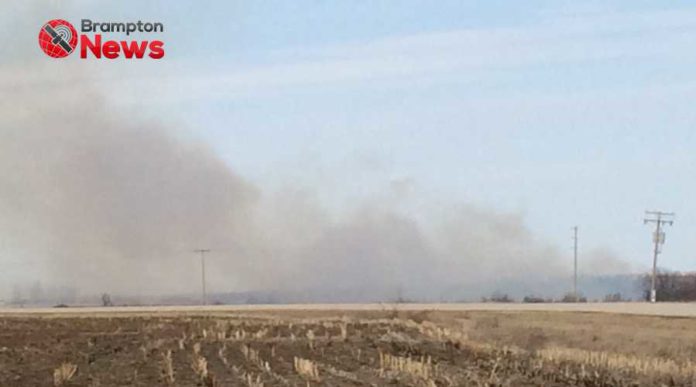 Residents of Biggar and area are being asked to be prepared for evacuation if one is ordered. Smoke from a nearby grass fire is expected to become heavy at times.

The RCMP says a grass fire southwest of the Town of Biggar is burning “wild.”

According to the RCMP in a media release, the flame is burning in the region between Highways 4 and 51, and Tower and Duperow Roads.

As per an update to the common SaskAlerts website after 11 p.m., there is no immediate threat to the residents of the town, but smoke that is possibly heavy at times is expected.

The alert educates the town’s residents and residents of the RM of Biggar south of Highway 51 and west of Highway 4 to be “prepared to immediately leave the area should an evacuation be required.”

Residents are also being asked to stay inside, close their windows and turn off air conditioners and ventilation systems.

Anybody with wellbeing conditions that could be aggravated by smoke is approached to be set up to clear to the Village of Perdue’s recreation complex.

Police asked members of the public to avoid the fire zone and to obey officers’ and emergency responders’ instructions if leaving the area.

Firemen were at the scene Monday evening.

On April 20, a total fire ban came into effect in the RM of Biggar due to dry conditions, according to a Biggar Fire Department Facebook post.