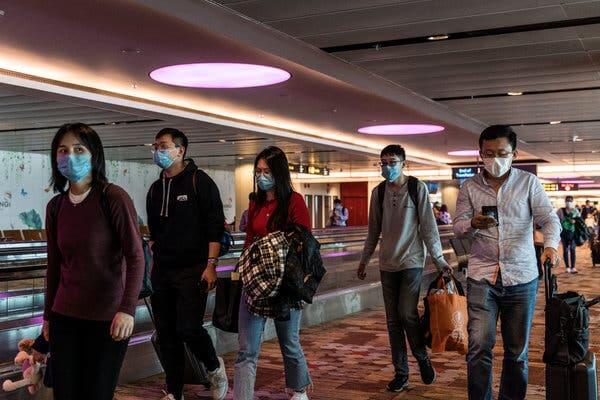 MONTREAL – An Air Canada passenger traveling from Montreal to Vancouver on Valentine’s Day has been tested positive for coronavirus.

These confirmed that it was suggested Saturday by the BC Center for Disease Control that passengers tested positive for COVID-19. A spokesman for the British Columbia Ministry of Health said the case was not new, but the cases announced on Thursday.

SM passenger is the sixth case is a virus and has been described as a woman in her 30s who spent several weeks in Iran.

The woman showed mild symptoms after arriving in Vancouver and tested for the virus at the hospital. He has since been allowed to return home but must remain in isolation.

The spokesman said BC officials have been in touch with all the people who are at risk for an infected passenger schedule.

“Air Canada in collaboration with public health authorities and has taken all the measures recommended,” wrote Air Canada media relations spokesperson Pascale Dery in an email.

Air Canada staff were notified about the incident in a memo sent to staff on Saturday. The memo stated the passenger was traveling from Iran to Vancouver via Montreal.

“In accordance with normal procedure, the British Columbia Center for Disease Control advised us to follow the standard contact tracing procedures are applied every time the passenger is identified as having tested positive for any infectious disease,” he said. “The same procedure is followed when we have passengers diagnosed with the disease more contagious much like measles or tuberculosis.”

“In accordance with their procedures, BC CDC will contact the crew that served the relevant part of the plane and passengers traveling in three rows directly in front of and behind the passenger who is infected. Although there will be no follow-up with our crew the other as per the BC CDC, we have chosen to suggest the whole crew, as well as the flying pilot. ”

The memo notes that the risk of transmission of coronavirus is considered low and the crew of the flight is not mandatory quarantine or stop flying, but it is advisable to “self-monitor for 14 days beginning on the day of flight and report any symptoms to the local public health professionals they should they develop.”

The crew can choose to stop flying for a period of 14 days should they choose to do so.