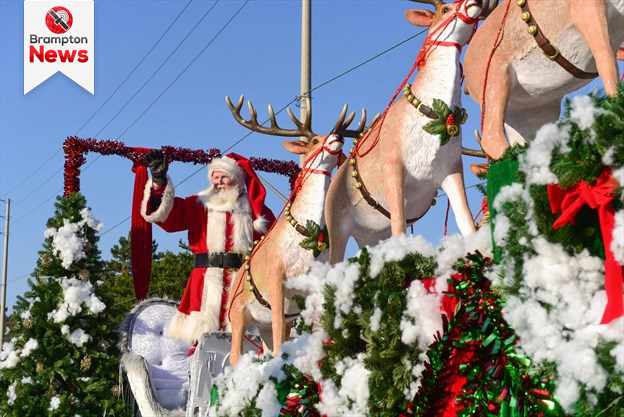 Family on a bench near Christie Pits park has seen rousing expectations as they wait for Santa Claus Parade to begin.

The problem is, no one came. There is no clown, no floats, no senior in a jolly red. In the western stretch of Bloor Street – a home parade for decades, there are no pre-dawn lawn chairs, no stock snacks, no coffee shops were crowded with parents looking for a break from the cold.

Banchiamlak Nigussie laughs about it later. He thought it was a little too quiet. He had to get winter tires on the car, so he suggested she and the kids checked out parade. He said there will be a lot of people waiting in the garden. Nigussie and her children arrived from Ethiopia four months ago, and they are eager for their first parade Santa Claus. The good news is it’s not too late. “Are you going to see Santa?” Her son briuk, 8, ask another family trapped in a chaotic, waiting patiently on benches.

Singh confident Trudeau will have to work with NDP, despite signals from Bloc

Santa Claus parade has made its way through Toronto since 1905. “victory march of the king of the north,” as it was once called, usually downtown streets wind from the northwest. Since 1980 or so, the parade had started near Christie Pits Park. Since the construction of sustainable cities route changed this year. “We just can not continue that tradition,” said Alfred Iannarelli, general manager of this parade. “We have no choice.” Organizers began to see the selection of last January and decided Bloor Street East will be ideal with the subway stop and the flat, wide fields.

On Sunday morning, the family poured from Sherbourne subway station to stake their claim on the sunny pavement slices not dark by condominiums and office buildings. There are some families who mistakenly come to the old route, where the room is spacious and suspicious available. Terry Lewis, who is not affiliated with the parade, fearing that might happen, so he goes to a new route map to point people in the right direction.

Nigussie and children, a family from France, and Arturo and Cristina Casupanan of Niagara Falls walk to jointly TTC. Arturo smiled and said it would be the first time in the subway. He and his wife had watched the parade on television but want to see it in real life. “This is more like it,” said Cristina Casupanan when they walked out of the underground concourse at Bloor Street East, spreading his arms in the festiveness of it all. The Casupanans watched the parade with Nigussie and children, are united by their mistakes.

“I have questions,” said briuk as they sit in a place to watch. “Father or Jesus Is Santa Jesus the Son?”

genealogy Santa forgotten as briuk and his brother Lazaras, 9, gets a high five, bouncy balls, stickers, and bracelets from a celebrity clown who kicked off the parade. “Maybe one day you will be in the parade as well,” said Cristina Casupanan to children.

Canada is on track to welcome a record 431,000 immigrants