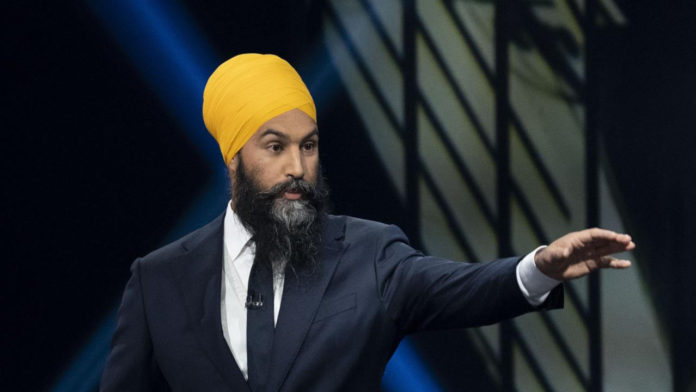 Singh first won a seat in the February by-election held to replace Kennedy Stewart, a former NDP MP who vacated the seat after a successful run for mayor of Vancouver.

Singh emerged as the winner in a tight race against Conservative candidate Jay Shin.

“It has been an incredible night,” Singh said as he addressed a room full of supporters in Burnaby.

“We will make sure that the energy that we built on this campaign, the excitement we build and that the focus we put on people’s struggle continues so that we can play a constructive and positive role in the new parliament that Canada has chosen.”

The victory came on a night when Singh has also emerged as a potential power player in what Brampton News has been projected as a parliamentary minority governed by Liberal Leader Justin Trudeau.

Singh made history in 2017 when he became the first non-white leader of a major political party in Canada. But until last winter, he led the NDP without a federal seat.

What a night – and what an unforgettable journey this campaign has been.

With our new NDP caucus in Ottawa, I’m incredibly excited to continue our critical work to achieve the priorities that we’ve heard from people across this country. #elxn43 #ElectionDay

He won the race in February, easily beat second-place and third-place Liberal-Conservative with a useful margin.

Green Party leader Elizabeth may elect not to run candidates in the previous race as a courtesy but filed Brennan Wauters veteran campaign for the general election.

Liberal candidate Neelam Brar is a newcomer to the race. She has lived in South Burnaby for more than 20 years and claimed to have a long track record as a businessman and community leader.

She is an advocate for diversity in business with a focus on women and minorities.

Shin, a lawyer, grew up in Burnaby and earned both a masters of business administration and a bachelor of laws. He was called to the bar in 1991 and has been practicing business law for more than two decades.

Al Rawdah is the candidate for the People’s Party of Canada.