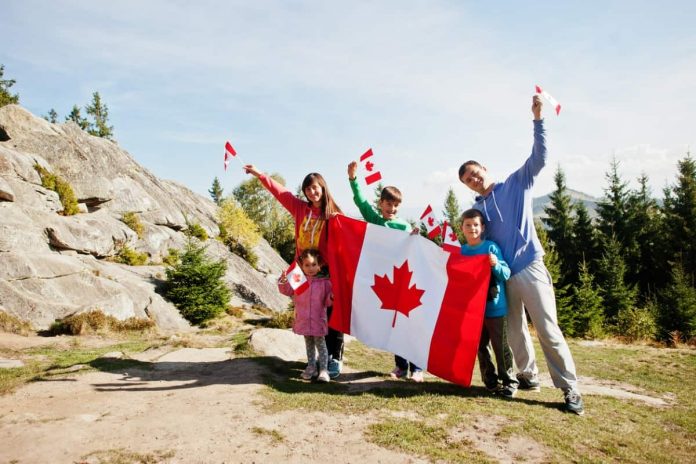 #WelcomingWeek2022 aims to educate Canadians and newcomers about the positive impact of immigration.
Since 2018 Immigration Refugees and Citizenship Canada (IRCC) has been running its immigration matters campaign as part of IRCC’s efforts to raise awareness of the benefits of immigration about all the ways immigration enriches Canada.

Also called #WelcomingWeek2022, IRCC runs this campaign both to educate Canadians on why immigration is so important, as well as make potential newcomers aware of all they have to gain by immigrating. The campaign features community events, as well as a website that shares immigration success stories, information on how the immigration system works and ways that Canadians can get involved with immigration initiatives in their communities.

In recent years, Canada has been inviting an increasing number of immigrants into the country and is on track to welcome nearly 432,000 new permanent residents by the end of 2022. Immigration is key to maintaining Canada’s labour force and supporting the economy, as well as creating diverse and strong communities.

Newcomers to Canada choose to stay because of the country’s economic opportunities and stability. The result is an 85% retention rate of permanent residents in Canada. According to the campaign data, most immigrants make the same as a natural-born Canadian within 12 years of arrival. However, it often does not take that long for skilled workers who already have some Canadian work experience, such as those who immigrate through the Canadian Experience Class (CEC) or another Express Entry program.

Canada also has a history of opening up to refugees in times of crisis. UNHCR reports that Canada has settled over 700,000 refugees since 1959. This is ongoing even today as Canada invites refugees from Ukraine and Afghanistan. Over 80,000 Ukrainian refugees have arrived in Canada since the start of the conflict under the Canada Ukraine Authorization for Emergency Travel (CUAET). This allows Ukrainians to obtain temporary resident status visas. Canada has also seen record numbers of immigrants from Afghanistan. In the first half of 2022, 11,415 Afghans arrived, making them the fourth biggest source of immigrants for the year so far.

Why does Canada need immigrants?

Canada works hard to attract the best global talent possible in large part because the population is aging. By 2030, over nine million Canadians, baby boomers, will have reached the retirement age of 65. There are not enough new Canadians being born to make up for these numbers and Canada has a low birth rate of only 1.4 children per woman. This being the case, Canada relies heavily on immigration to fill gaps in the workforce.

There are presently over a million job vacancies in Canada and a historically low unemployment rate of 4.9%. This has led to shortages in several important sectors throughout the country. For example, the most recent data from Statistics Canada highlights that the health care and social assistance sector is experiencing a job vacancy rate of over 6%, or 147,500 unfilled positions.

Immigration plays a huge part in filling vacancies in the health sector. Data from the 2016 census says, one in four healthcare workers is an immigrant. In fact, 23% of registered nurses and 36% of physicians in Canada are immigrants. They make up a substantial percentage of other healthcare occupations as well:

Furthermore, immigrants account for 33% of all business owners with paid staff in industries such as construction, professional services, health care and retail trade. There are more than 600,000 self-employed immigrants across the country, and over 260,000 of them have paid employees.

Most newcomers are skilled immigrants

To keep growing Canada’s population growing at a sustainable rate, that also supports the labour force and economy, each year the government creates an Immigration Levels Plan with projections for at least three years in the future. The present plan has new immigrants amounting to 1.14% of the Canadian population by 2024. The plan also cites a long-term focus on economic growth by admitting nearly 60% of all immigrants from the economic class.

The majority of immigrants who come to Canada do so as economic class immigrants. They are newcomers with in-demand skills that they can use to contribute to Canada’s workforce and economy.

Nearly 138,000 of all new immigrants so far in 2022 have been economic class. This is important because as more Canadians retire, there will be fewer Canadians paying income tax and therefore less money available to support federal and provincial expenses such as infrastructure, pensions, and healthcare systems. Economic immigrants are often younger and will have most of their working years ahead of them when they arrive in Canada.