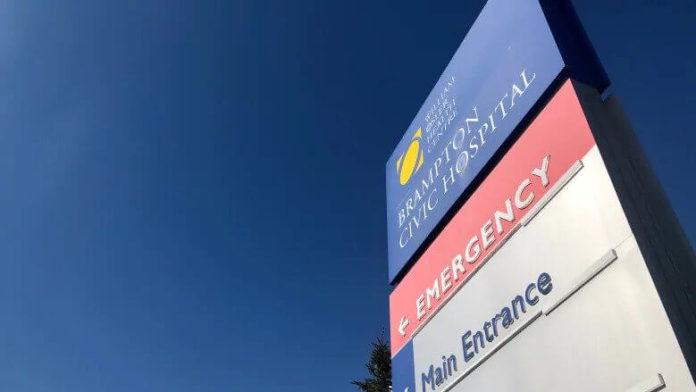 A 58-year-old health-care worker at Brampton Civic Hospital has died from complications linked to COVID-19, marking the first time an Ontario hospital has confirmed the death of one of its employees amid the pandemic.

“Our entire organization is devastated by this news, and our thoughts and prayers are with the family at this difficult time.”

In a news release, Peel region health officials said the Brampton, Ont., man “likely acquired the virus in the community and not at work.”

But Michael Hurley, president of CUPE’s Ontario Council of Hospital Unions, says he does not agree with a suggestion that there is no relationship between the man’s death and his employment.

“I would just say it’s premature to speculate about that,” in light of the greater risks faced by health-care workers.

“This gentleman was a wonderful co-worker. He was a well-respected colleague. He was much loved by the people who worked with him.”

He also said the union wants the government to reconsider the advice for health care workers about how the virus is transmitted.

“We did not say it was an airborne virus … We say you should treat it as if it could be in the air,” said Hurley.

Dr. Lawrence Loh, interim medical officer of health for the Region of Peel, extended his “deepest condolences” to the family man and coworkers in a statement.

“He played an important role in maintaining the health care system work and we grieved the loss,” said Loh.

Brampton Mayor Patrick Brown said he learned about the death while on his way to provide cupcakes for hospital workers.

“It’s heartbreaking for the people to one of our own loss, someone who is at the forefront,” Browne told Brampton News. “It shows that you are a high risk that health care workers take to continue to go to work.”

In its latest update Thursday, Ontario confirmed 483 new cases of COVID-19, bringing the province’s total to 5,759. Brampton News has counted 223 deaths in the province based on data from local public health units.

Some 2,305 cases are considered resolved, or about 40 percent of Ontario’s total COVID-19 cases.

Another 1,208 people are awaiting test results. Of the 632 people hospitalized in Ontario with the virus, 264 are in intensive care units, while 214 are on ventilators.