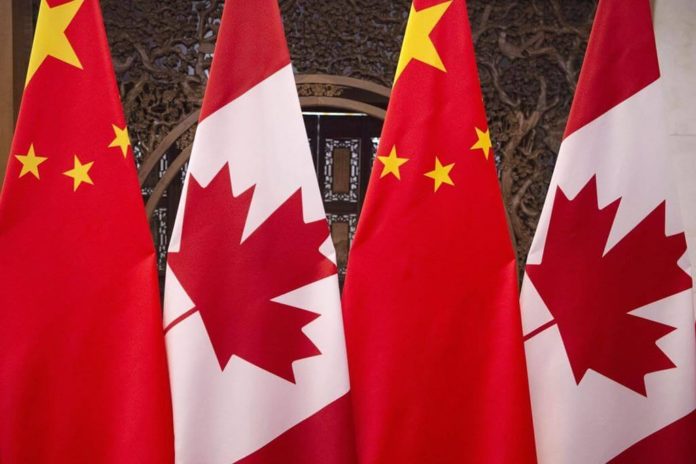 Embassy of China is taking a swing at “several Canadian politicians” for what he called “false statements” about the relationship between the two countries and two cases of Canadians detained in China.

But it seems to have been prompted by the comments of Prime Minister Justin Trudeau in a French-language interview that aired last week on TVA.

During the interview, Trudeau said Canada has asked the United States not to sign a free trade agreement with China except Canada Michael Spavor and Michael Kovrig released.

Embassy of China said attempts to “gang up on China” by way of “megaphone diplomacy” and “pressure China on matters not related doomed.”

The statement also called on Canada to release senior executives of Huawei Meng Wanzhou, who was arrested more than a year ago on an extradition request from the US, where officials want to try him on charges of fraud.

The day after he caught at the airport in Vancouver, China detained Spavor and Kovrig.

Warm temperatures expected for Christmas and Boxing Day in Brampton

While China said the two men were arrested on espionage charges, their detention is widely seen as a tit-for-tat response to the arrest Meng.

Earlier this month, the Chinese foreign ministry said Kovrig and Spavor case has been transferred to prosecutors for examination and prosecution.

“China Judicial authorities handle the case in strict accordance with the law and their rights and their legitimate interests are guaranteed,” the embassy statement said.

“The Chinese side urges the Canadian side to earnestly respect the spirit of the rule of law and the rule of law in China and refrain from making irresponsible statements.”

In an extensive interview with The Canadian Press last week, Trudeau said he was sorry that Kovrig and Spavor been caught in a diplomatic row, but do not regret that Canada lives up to the obligations of extradition treaties with the United States.

He added that the Canada-China relationship had an impact on almost every level over the last year.

A number of countries and agencies, including the US, Germany, Australia, UK, EU, G7, and NATO have spoken in favor of Canada on hold, calling for their release and support law enforcement.

This report by The Canadian Press first published December 23, 2019.