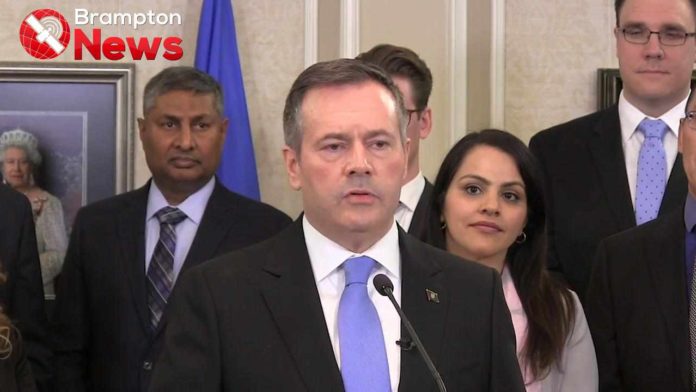 One political scientist says it may be too soon to understand the ramifications
The new provincial law of the UCP has removed the word “public” from all Alberta school boards, affecting eight of 41 divisions across the province.

Educators and administrators scramble to understand the overall changes, which take effect on September 1.

Colin Aitchison, press secretary for Education Minister Adriana LaGrange, said the deletion was done as part of a streamlining process.

“The elimination of the word public is only done to simplify the naming conventions of the Alberta public school division,” he said in an email statement. “School divisions will still have the autonomy to brand themselves in ways they feel are appropriate for their divisions (for example. Before September 1, the Edmonton School District no. 7 calls themselves the Edmonton Public Schools. They will still be allowed to brand themselves like that).

“It is important to note that this change was initially introduced by the former PC government in 2011 when the Education Act was initially submitted to the legislature.”

A political scientist told CBC News that it might be too early to understand the consequences.

“It could be a minor administrative change to the official title of the school,” said Duane Bratt, a political scientist at Mount Royal University. “There is a lot of suspicions. So what is usually seen as a simple administrative step for further efficiency, or for legal reasons, somehow takes a more dangerous role.”

The UCP campaigned with a promise to replace the 40-year-old School Law with an amended Education Act.

“At the moment, if you look at the Calgary CBE Board of Education, said the public isn’t there so we don’t know what the impact is,” he said. “But there is a suspicion by the Kenney government for public education for a while. He is very close to private schools, with homeschoolers, he never went to public education himself.”

There are also problems around funding, with the recent MacKinnon Report, which recommends a reduction in funding, and the budget will come out at the end of October.

“Meanwhile, schools are struggling to find out how much money they have,” Bratt said. “I think the problem here is not a change in law, such as a lack of trust and great suspicion and paranoia that people in public schools must have a government that has just been elected.”

Bratt said that although the changes could seem small, the school board struggled to understand the consequences.

“They will go, ‘Why do they want to do this?’ And the government said, “Oh, don’t worry it’s just a simple little change, you don’t need to change your stationery or message. “But will we find one year from now that this really has a big branch?”

Change of name will be charged
Lorrie Jess, president of the Alberta School Boards Association, said ASBA is looking for clarity about what “public” means by the names of school authorities, and how the costs will be handled.

“It takes money to change the branding and letterhead and banking, and no funds are installed,” Jess said, adding that ASBA had been told there would be a grace period to make the change, through a letter from Curtis Clark, deputy education minister.

“We have the flexibility to change our name when we buy a new bus, or as time goes by,” he said. “But the official name of the school division, so that the ‘public school division’ beside the bus, can still exist. It can remain in everything for now. But over time they want us to change it.”

“I think it’s very interesting because it’s very specific and very small,” Silva said. “So what does that mean for us is a very deliberate and strategic ministerial order because if it doesn’t mean anything, why do you have to do that at all? Why impose this new law on the school board to change their official name?”

Silva believes this is all about privatization.

“They hope it flies under the radar with the public, but it is a strategic plan, very deliberate to undermine public education, which is the first step in privatization,” he said. “You undermine first, then lack of funds, then privatize.”

The Calgary Board of Education has never had a public word in its name. Calgary will now become the Calgary School Division.

The school board, Silva said, is unique from charter schools or private schools.

“We have a democratically elected council, we have citizens who run for trustees, we go to the polls every four years and we elect trustees in the democratic process,” Silva said.

“Charter schools don’t have democratically elected councils. So again this is another way to confuse and confuse the boundaries between public schools, charter schools, private schools, and we think that is very deliberate.”

Silva points out that for the government’s intention to cut bureaucracy, this change is likely to increase it.

“That’s what made us realize that this was really intentional. This was really something they would do even if they preferred to reduce red tape because this would make a lot of red tapes, a lot of work. And that would divert funds from the classroom. ”

CBE to discuss the name change on Tuesday
The Calgary Board of Education has put the name change issue on the agenda for the next board meeting on Tuesday. Silva hopes it’s a sign that CBE is ready to fight change.

Silva said, Supporting Our Students, Alberta had a meeting to be mobilized, and planned to hold meetings in Edmonton, Medicine Hat, and Red Deer as well.

“This is talking about what the privatization movement looks like, and all the similarities, because people like to think this is happening in America, this is not happening here. But it’s not true.”