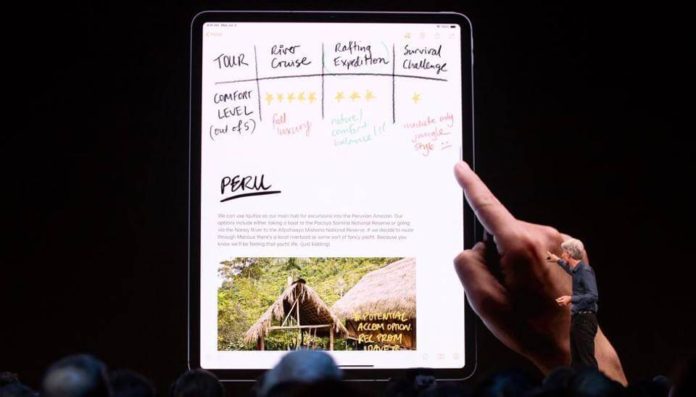 Apple iPad will no longer run on iOS as it gets a new OS called ‘iPadOS’. It will be available for iPads later this fall.

Giving iPad new capabilities and intuitive features, Apple on Monday introduced iPadOS that is built on the same foundation as its iconic iOS.

With iPadOS, users would be able to work with apps in multiple windows, see more information on a redesigned Home screen and more natural ways to use Apple Pencil.

iPadOS with Dark Mode feature will be available this fall as a free software update for iPad Air 2 and later, all iPad Pro models, iPad 5th generation and iPad mini 4.

The Home screen for iPad has been redesigned with a new layout to show more apps on each page.

iPad users can now work with multiple files and documents from the same app simultaneously with updates to Split View, or can quickly view and switch between multiple apps in Slide Over.

Maps features a new base-map, built from the ground up where users can see street-level images of cities using high-resolution 3D photography. The new map is available now in select cities and states and will roll out across the US by the end of 2019 and to more countries in 2020.

“iPad transforms how people work and express their creativity, and with iPadOS, we’re taking it even further by delivering exciting capabilities that take advantage of its large canvas and versatility,” noted Federighi.