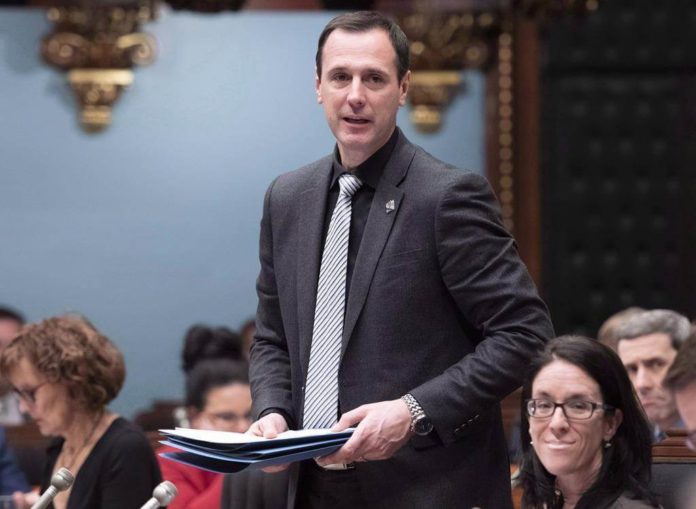 The Legault government will invoke closure on Friday to force the adoption of its education reform, Bill 40.

The Canadian Press has learned that Members of the National Assembly have been called in for a special sitting on Friday, beginning at 8 a.m., to finalize the debate on Bill 40.

The bill deals in particular with the abolition of school boards, but also with a series of other issues: teaching staff, governing boards, choice of school, groupings of services, reports, review of marks, the role of the principal, and others.

The bill has more than 300 articles and the government tabled more than 160 pages of amendments on Tuesday but finds that opposition parties are delaying the study of the bill in committee.

Members of the National Assembly spent a little more than 60 hours in committee — a relatively normal duration — including 15 in adjournments requested by the government.

It would be the fourth bill imposed by the Legault government in less than a year.

Simon Jolin-Barrette said on Wednesday he had not ruled out the scenario of invoking cloture on the legislation at the end of the week.

“I do not believe that the government believes in the legislative process, in the democratic process,” said Véronique Hivon from the Parti Québécois on Wednesday.

She added that she finds it “deeply disturbing” that many issues have not yet been addressed in what she called a far-reaching bill.

Québec Solidaire MNA Christine Labrie said that if closure on the legislation is invoked, it would demonstrate that the minister lacks leadership and that he has failed to bring people together on the reform.

Liberal MNA Marwah Rizqy proposed splitting the bill up so the government could pass only the school governance part and further study the other aspects of the reform, but the government dismissed her suggestion.

“[The minister] admits this is a catch-all bill,” said Rizqy.