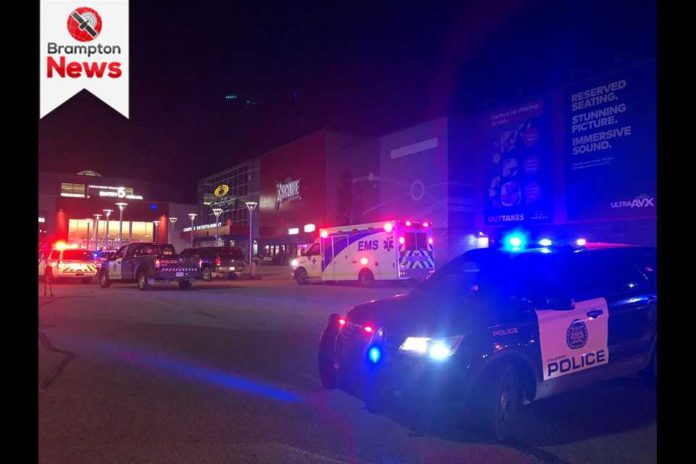 Police believe the shooting at the CrossIron Mills mall in Balzac, Alta., was targeted

One person has been injured and the suspect is still at large, according to police, after a shooting at a shopping center north of Calgary.

Calgary police say they believe the shooting at the mall CrossIron Mills in Balzac, Alta., Is targeted. Police and RCMP received a report around 07:11 MT shooting.

One wounded man was taken to the hospital, according to paramedics.

The shooter is a Caucasian male, according to police.

Police say they are slowly letting people out of the mall when they clean every store and view video surveillance.

Troy Schafer, 17, said he heard shouting coming from restaurant Milestones in the mall.

“There are a few bangs and then I looked over and there was someone lying on the ground,” he said. “We came out for a bit and go back and EMS will pick him up.”

Schafer said that while there was an announcement was made over the intercom, the police told the buyer to get out of place.

Kendall Beleshko not inside the mall at the time of the shooting, but heading in that time.

“I do not really pay attention, I see my phone like most people, and suddenly heard a shout and saw several dozen people walking out of the mall,” he said. “They screamed and ran to their cars and I panicked, and got into my car, too.”

RCMP Cpl. Gina Slaney said that people should stay away from the mall until further updates become available.

“It’s a big mall, and it took time for our team to go through and secure look for them to make sure it was safe,” he said.