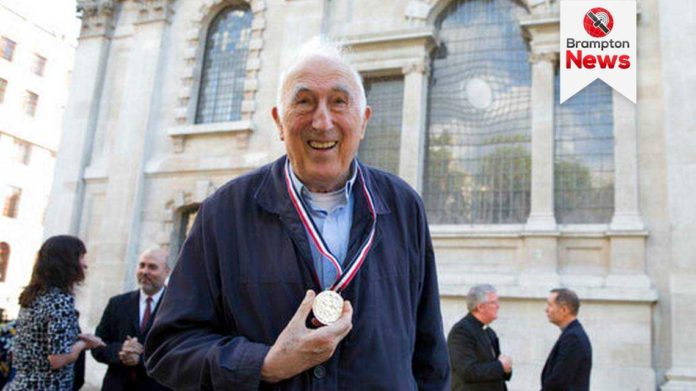 Jean Vanier, a Canadian religious figure whose charity work helped improve conditions for the developmentally disabled in multiple countries over the past half-century, has died at 90.

A charity he founded, L’Arche, said Vanier died Tuesday in Paris after suffering from thyroid cancer.

Pope Francis was informed of Vanier’s death and is praying for him and the community, according to Vatican spokesman Alessandro Gisotti.

Vanier worked as a Canadian navy officer and professor before turning to charity work. A visit to a psychiatric hospital prompted him to found L’Arche in 1964 as an alternative living environment where those with developmental disabilities could be full-fledged participants in the community instead of patients.

The charity now has communities in 38 countries that are home to thousands of people both with and without disabilities.

“He saw people locked up, and he decided to make a gesture, inspired by the Bible,” said Pierre Jacquand, who leads L’Arche’s facilities in France. “He felt a calling to defend the most marginalized.”

“He gave them a voice,” Jacquand said, adding that over time, his work helped inspire broader change in how France addresses the needs of those with developmental disorders including Down syndrome and autism spectrum disorders.

He also traveled the world to encourage dialogue across religions and was awarded the 2015 Templeton Prize for spiritual work, as well as France’s Legion of Honor. He was the subject of a documentary shown at the 2017 Cannes Film Festival called “Jean Vanier, the Sacrament of Tenderness.”

Vanier handed over leadership of L’Arche decades ago but continued to live in the first community center he founded north of Paris.

He had no direct descendants but left a legacy in many countries, and “his family is everywhere now,” Jacquard said.

A private memorial service is expected next week.

Contact us for further query and know about us.