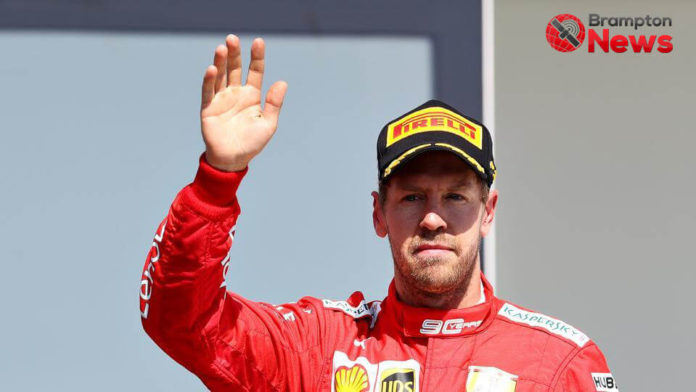 Sebastian Vettel took the chequered flag at the Canadian Grand Prix on Sunday while Lewis Hamilton was declared the winner. A highly contentious five-second penalty robbed the Ferrari driver of victory.

“Where the hell am I supposed to go?” asked Vettel when informed of the penalty. “I am focussed, but they are stealing the race from us.”

They also stole the race from us. It’s been a while since Ferrari gave Mercedes a proper fight, and Vettel had led Hamilton throughout this race. With the Mercedes on his heels, Vettel went off the track into the grass on Turn 3 and, wrestling for control, heroically averted a crash and continued leading the race. The last ten laps should have been nail-biting.

Instead, stewards penalized Vettel for an ‘unsafe return to the track,’ which feels arbitrary as he visibly did his best and avoided all contact with the car behind. Where, as he asked, could he have gone? The other question is of gaining an advantage on-track by going off it, but the incident only reduced Vettel’s lead.

Where is the consistency? On lap 1, Romain Grosjean left the field and rejoined in the middle of the pack, and, as Daniel Ricciardo reminded us, Hamilton had done the same thing with him—even more blatantly—back in Monaco in 2016. Neither of them was given penalties.

Drivers are unanimously up in arms. Nigel Mansell called the penalty “ridiculous,” Mario Andretti explained how stewards should “penalize flagrantly unsafe moves, not honest mistakes as a result of hard racing,” and Mark Webber—not the biggest Vettel fan—wondered if “any of the stewards ever raced at the front in F1? Mental penalty.”

Vettel was in no mood to play nice. He stormed off after the race, only to return—he is contractually obligated to attend the podium ceremony—but first he provided the year’s most striking visual: He strode up to Hamilton’s car, planted the Number 2 board in front of it, and took the Number 1 board and placed it where his car was supposed to be. Montreal erupted in thunderous applause.

Hamilton won boos. “I don’t know why they’re booing me, I didn’t give the penalty,” he said, disingenuously: he had, after all, been complaining to his team immediately after the incident. Stand by your call, Lewis. This is not what great champions are made of.

Vettel interrupted, asking the audience not to boo Hamilton. This was mega behavior, a show of the oversized personality we treasure in sport. Ayrton Senna would be proud. Vettel may not have got the win, but with this fiery show of spirit, and by accusing the system and not his rival, he scored an iconic visual goal—one that is bigger (and more exciting) than current Formula One. With one defiant shuffle of the boards, Vettel put Hamilton in his place.