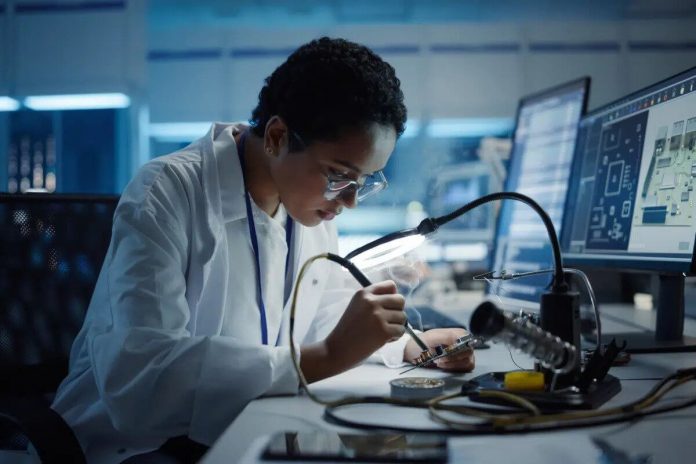 The newly-released report captured Canada’s labor market conditions during the week of March 13 to 19. During the reference week, provinces were easing public health restrictions. All capacity limits and proof-of-vaccination requirements were lifted in Ontario, Manitoba, Alberta, and Quebec.

Overall, Canada’s unemployment fell 0.2 percentage points to 5.3%, the lowest rate on record since comparable data became available in 1976. Statistics Canada calculates the unemployment rate by the number of unemployed people as a percentage of the labor force.

The adjusted unemployment rate—which includes people who wanted a job, but did not look for one—was below its pre-pandemic level for the first time at 7.2%.

The unemployment rate for core-aged immigrants who landed within the past five years was 8.3%, the lowest since comparable data became available in 2006. Canadian-born workers had an unemployment rate of 4.5%. The gap of 3.8 percentage points is the same that was observed before the pandemic in March 2019.

“With the unemployment rate so low, virtually all industries are bumping up against labor shortages, including those hospitality sectors that have yet to fully recover,” writes Nathan Janzen Assistant Chief Economist at RBC Economics.

Canada’s total employment rose by 73,000 in March, driven by gains in full-time work.

The slow rate of population growth coupled with high job vacancies and fast employment growth will likely be cited to make cases for facilitating the entry of foreign workers. One way to counteract downward pressure on the labor market is to open the door to international talent.

This past week, Canada introduced measures to support temporary foreign workers in an effort to address labor shortages. Some of these measures have already gone into effect, such as the two-fold increase in Labour Market Impact Assessment (LMIA) validity period. LMIAs effectively show that a foreign worker will not be taking a Canadian worker’s job, and they are required for some work permits. Also, the maximum duration of employment for High-Wage and Global Talent Stream workers has been extended from two years to three. In addition, there is no longer a limit to the number of low-wage positions that employers in seasonal industries can fill through the TFWP.

Two more measures will come into effect on April 30, including new rules for what percentage of an employer’s staff can be foreign workers. Canada will also end the automatic denial of LMIA applications for low-wage occupations in the accommodation and food services and retail trade sectors in regions with an unemployment rate of 6% or higher.

For permanent immigration, Canada is set on admitting a new record number of newcomers this year. According to the 2022-2024 Immigration Levels Plan, Canada wants to admit 431,645 newcomers in 2022.

Immigration is largely responsible for Canada’s population growth. Statistics Canada’s 2021 census recently revealed that Canada had the fastest growing population in the G7 thanks to immigration. Four out of five of the 1.8 million people added to the population between the 2016 and 2021 censuses were either temporary residents or immigrants with permanent status. The remaining population growth was due to a natural increase, which is the difference between births and deaths.