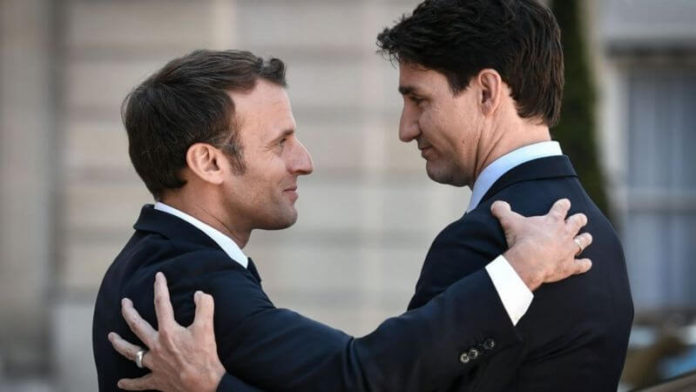 Canadian Prime Minister Justin Trudeau has spoken with his French counterpart amid controversy over recent comments he made about free expression.

An instructor was guillotined in a Paris suburb subsequent to demonstrating the depiction of the Prophet Muhammad to a portion of his students.

Mr. Trudeau’s comments a week ago about the opportunity of articulation were scrutinized in both Canada and France.

French President Emmanuelle Macron’s guard of the distribution of the kid’s shows started fights in some Muslim-dominant part nations.

There have been bringing in certain nations for a blacklist of French products.

The impact of the U.S. election on Canadian immigration

What did Trudeau say a week ago?

Mr. Trudeau censured the ongoing assaults in France, including a fatal blade assault on a congregation in Nice, the third presumed Islamist assault in the nation in minimal over a month.

Yet, in a reaction to address the option to show a cartoon of the Prophet Mohammed, he said “opportunity of articulation isn’t unbounded”.

“We deserve to act with deference for other people and to look for not to self-assertively or superfluously harm those with whom we are sharing a general public and a planet.”

He added: “We don’t have the appropriate for instance to yell fire in a cinema swarmed with individuals, there are consistently restricts.”

What was Macron’s reaction?

On Tuesday, Mr Macron spoke by phone with the premiere of the Canadian province of Quebec, Francois Legault, to thank him for his words of support in the wake of the attacks.

Mr Legault said he had “condemned without reservation” what had taken place in France.

But Mr. Macron did not place a call to Mr. Trudeau that day – seen as a snub by the French leader, especially as both men are viewed as like-minded political allies.

Mr. Trudeau has since clarified his earlier remarks, saying “it is important to continue defending the freedom of expression, freedom of speech”.

He added: “Our artists help us reflect and challenge our views and they contribute to our society, and we will always continue to defend freedom of expression.”

What about the call today?

Mr. Trudeau and Mr. Macron spoke by phone on Thursday, suggesting the two leaders were mending fences over the remarks.

According to a readout from the prime minister’s office, Mr. Trudeau “expressed Canada’s solidarity with the people of France following recent terrorist attacks and violence” and the two “agreed on the importance of defending the freedom of expression and human rights and on their shared commitment to fighting terrorism and violent extremism”.