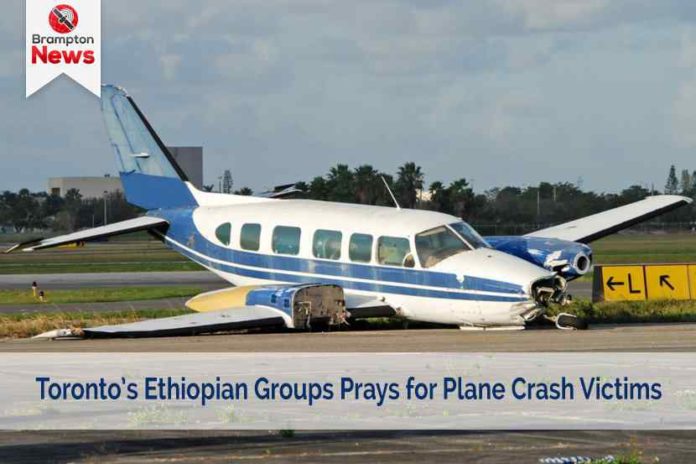 Before the unfortunate casualties were named, the Ethiopian Airlines crash previously felt individual to some Torontonians.

It was this January, and he was heading out to see his sister in Nairobi on a similar arrangement of the plane that slammed on Sunday. Zenebe had traveled to Addis Ababa straightforwardly from Toronto and was satisfied to be on board another Boeing 737 for his corresponding flight.

He was loose as the two-hour flight started, appreciating the view outside his window as the capital city of Ethiopia ended up littler, and the field turned into a haze of green.

Early Sunday morning, his sister called from Nairobi, to reveal to him that Ethiopian Airlines Flight 302 — a similar course he had voyage two months prior — had smashed not long after departure. She was OK, yet her Ethiopian partner had been ready.

Another of her companions should be on the plane, yet had changed to an alternate time. Zenebe immediately called his head cleric to orchestrate a commemoration for the anonymous exploited people as the news spread in the blustery dim of the Toronto morning.

“All of Ethiopia is in grieving of this huge catastrophe,” he stated, remaining in sock feet inside the incense-scented passageway of the congregation west of Dufferin Street and north of Eglinton Avenue.

It was “heart beating,” sitting tight for the names, he said. Numerous individuals have loved ones going to Ethiopia at this moment.

“My heart solidified,” says Abebech Engeda, who heard the news on the drive to the chapel, where her significant other is the head cleric. “I stated, ‘God help us, not Ethiopian Airlines.’ Then they said from Addis. Gracious my God.”